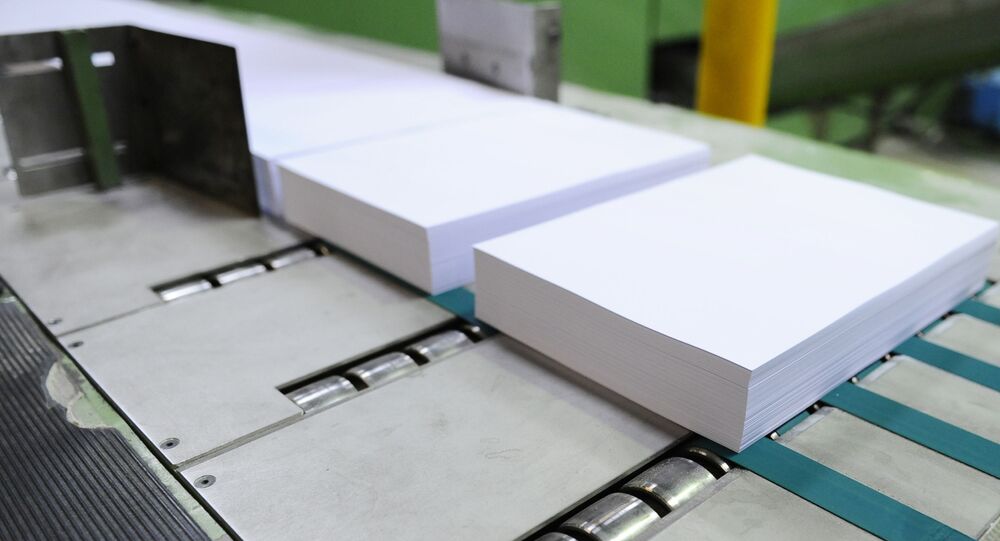 Scientists from China, where paper was first invented about 2,000 years ago, say they have developed a new form of the material that is fire and water-resistant.

A research team at the Shanghai Institute of Ceramics led by Professor Zhu Yingjie developed the world’s first kind of paper that can resist both water and fire, even if its surface is scratched or physically damaged.

The scientists added a form of calcium called hydroxyapatite, found in animal tooth enamel and bone, to change the structure of paper and give it special properties, the Hong Kong newspaper South China Morning Post reported.

The paper looks similar to the conventional product but has a slightly smoother surface. The researchers say it can repel coffee, juice or tea, and withstand heat of up to 200 degrees Celsius. They also claim the paper can be wiped clean with water without smudging what is written on it.

The researchers are now applying for patents on the mainland and hope the paper will be on the market in three years, the report reads.

The production cost of an A4 size piece of the paper would be a little more, but the price will fall if the paper is manufactured in large quantities.

In January 2015, a fire in one of Russia's largest university libraries (INION RAN) damaged more than 1 million historical documents, an incident which some media described as a "cultural Chernobyl".

Thanks to the new paper, important documents of our age  now stand a chance of avoiding the same fate.