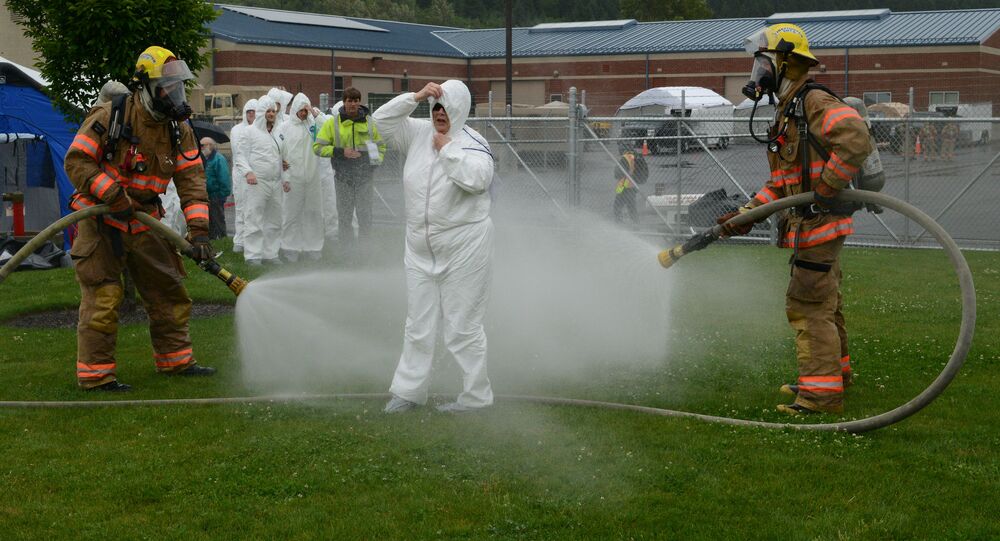 The Accessibility of Biotechnology Makes Bioterrorism a 'Possible Thing'

Bill Gates has warned that a new kind of terrorism - bioterrorism - could be afoot and that the world is completely unprepared to deal with this threat. Radio Sputnik discussed the issue with scientist Vijay Raghavan, who had little downplay regarding the extent of the threat.

Speaking at the World Economic Forum in Davos, the American business magnate added that the world is completely unprepared to deal with this threat.

Gates and his wife run The Bill and Melinda Gates Foundation, which is part of the Coalition for Epidemic Preparedness Innovation – CEPI.

Radio Sputnik linked up with the Chair of CEPI’s Interim Board, Professor Vijay Raghavan, to find out more about the dangers of bioterrorism.

"It is not something that is going to arise magically tomorrow, which will wipe out huge populations with great speed," he told Sputnik.

However the important point to keep in mind, he added, is that because humans live near livestock and with all sorts of other animals, there is a melting pot where new deceases constantly arise. Some of them can be extraordinary viral and contagious.

"Sometimes they can infect a population which has never been exposed to that kind of disease. And that population is a homogeneous population, meaning that there is diversity there. Then, that population can be infected or even wiped out very rapidly," the scientist said.

It could happen naturally, in the melting pot of human-animal interaction, or it could happen in a laboratory, he further explained.

"The good news is that it is rather difficult to create something which is worse than what nature creates. Nature has had hundreds of millions of years and lots of incubation to create things," Raghavan said.

In theory, however, it is possible that one can create something really virulent. In practice, it requires a deep understanding of biology, which is now rather widely available. But the fact of the matter is that to do this requires a lot of skill.

It is feasible technically, he admitted, but we should therefore be aware what kinds of possibilities there are and have countermeasures ready. That is feasible too.

However, such extreme examples are highly unlikely, he concluded.

US Bioterrorism Gen-2 Detection System May Not Actually Work