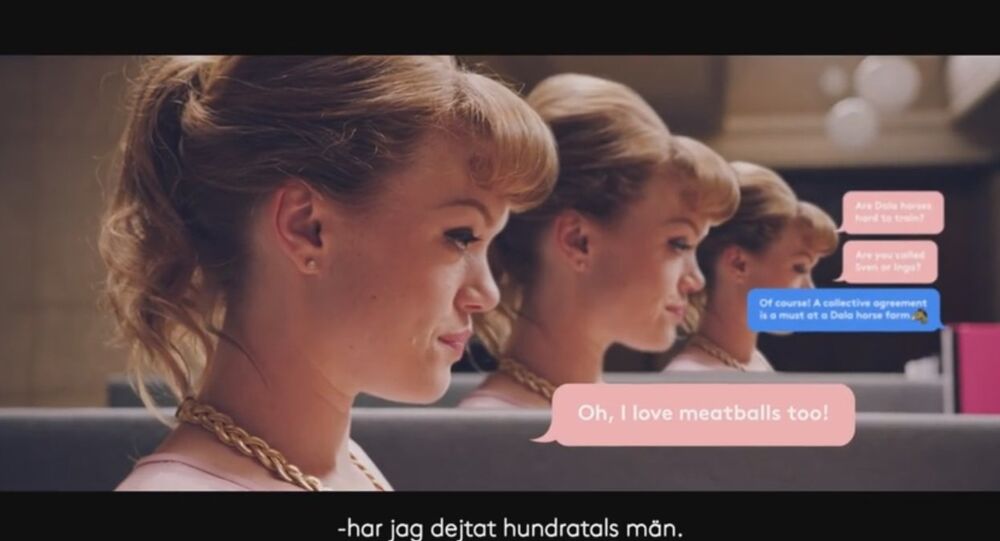 Care to take a peek into the future? An ad campaign for a Swedish trade union confederation (TCO) has become a viral hit due to its imaginative portrayal of the distant future, where life is essentially the same, even if robots have taken over. The personnel keep demanding better working conditions and parental leave - only they are robots.

© Flickr / University of Salford Press Office
Finland Banks on Medical Robots to Facilitate Elderly Care
"Face Tomorrow Like a Swede" is a sequel to TCO's previous YouTube blockbusters "Like a Swede" and "Business Like a Swede," and portrays the future of the labor market as self-organizing robot-kind.

In the new campaign video, bots named Sid, Nancy and Sheila speak out about their working conditions. Sid is a spam bot, forced to earn his living by selling products no one really wants. Nancy is a chat bot, who is longing for free weekends, whereas service bot Sheila dreams about retiring and moving to Florida. Luckily for them, there is a new trade union for artificially intelligent machines, which the bots can gladly join to solve their problems and start "living like a Swede."

With their Futurama-esque vision of the future, where bots demand better conditions in their workplaces, TCO aimed to illustrate how the Swedish welfare model remains capable of dealing with inevitable changes in the labor market.

"Right now, there is incredible hype surrounding AI that we wanted to go by. Of course, there are different dimensions to the phenomenon, including both expectations and concerns. What we want to convey with this campaign, is that despite the fact that we are facing a transition, we know that the Swedish model will handle it in a constructive way," Per Karlberg, project manager at TCO, told Swedish news outlet Dagens Media.

Indeed, the newly formed fictitious trade union is aptly chaired by a bot named Clever Botson, who is programmed to educate fellow robots and people about the Swedish model on the website likeaswede.se. TCO has even gone as far as creating a real life version of the AI head of the robot trade shown in the video, and is encouraging users to interact with it. So far, Clever Botson, who naturally turns out to be a female bot, given Swedes predilection for gender equality, is keen to enlighten internet users about the Swedish model, which is famous for its generous parental leave and long vacations — but only in Swedish.
...
Reddit
Google+
Blogger
Pinterest
StumbleUpon
Telegram
WhatsApp
86