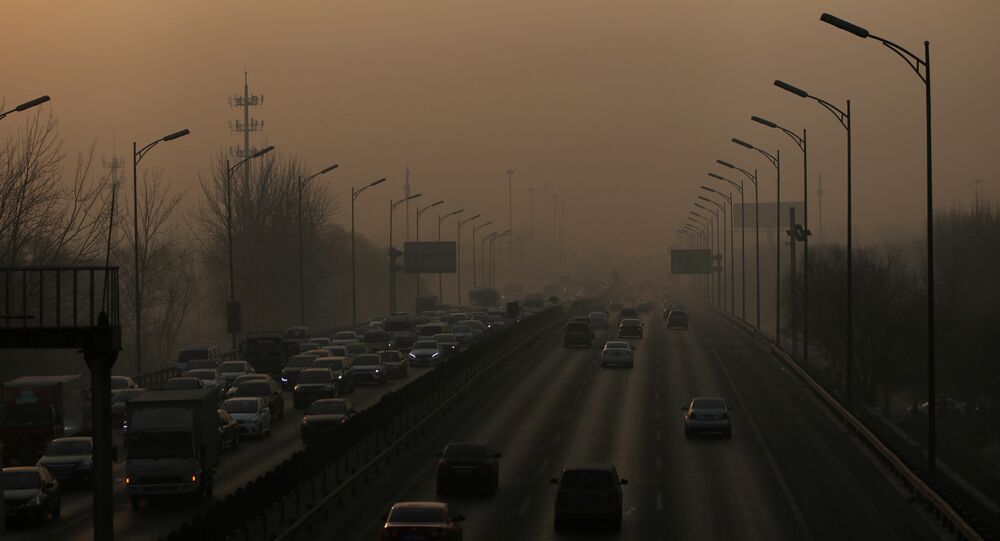 Heavy smog engulfed the Chinese capital in the first days of 2017, prompting the authorities to issue smog alerts, order manufacturers to halt production and impose traffic restrictions on private cars, but to no success. That is because much more smog comes from the heavy industrialized south of Beijing, researchers revealed.

A group of researchers from the Institute of Atmospheric Physics at the Chinese Academy of Sciences led by Professor Wang Yuesi published the results of their study on formation mechanisms of Beijing’s heavy haze in the Journal of Geophysical Research.

Beijing is considered to be one of the most polluted cities on Earth and is constantly engulfed in repeated waves of smog which local authorities failed to dispel even amid 2008 Summer Olympic Games. The city’s residents, as well as many environmental specialists believe that the cause of this eternal haze is private cars. Over the past 15 years their number has increased by seven times and reached 17 million.

However, Wang and his colleagues discovered that in reality cars are far from being the only thing to blame for the situation.The researchers came to this conclusion after they monitored how and where airflows move in the lower atmospheric layers at the latitude of 500-1,000 meters, where the so-called atmospheric mixing layer is located. In that layer the gases rising from the earth’s surface are usually dispersed by winds.

This process is essential to the planet’s ecology because it makes polluted air masses above industrial centers and big cities disperse. However, the research has shown that the intensity of this process in the mixing layer as well as the layer’s height depend on how polluted the air in the region is.

"Once the pollution is formed, the atmospheric mixing layer height will decrease quickly to 500 meters, and even lower and increase the pollutant concentration rapidly with compression mechanism,” Wang proved. “Meanwhile, the hygroscopic growth and heterogeneous chemical processes enhancement under the circumstance of high relative humidity will facilitate the explosive growth of secondary particulate matters.”

The researchers observed this mechanism in action when they were studying the formation of smog in Beijing and other cities of the North China Plain in October-November 2014.

At 500 meters height the winds do not blow as fast as they do at higher altitudes. As a result, the air masses brought by the wind from Beijing’s industrial suburbs cannot disperse quickly enough; they accumulate in the city’s air and mix up with aerosols and vapor to form the smog.

Thus, the trigger of smog formation is not cars in Beijing, but coal power plants and industrial factories in the suburbs. It means that the only way to fight the smog in the city is restrict not only the use of private cars, but also reduce coal and oil burning industries in the regions the air goes through before coming to Beijing.

The method, coupled with local emission control, would efficiently lower the peak values of contaminants, the scientists say. Their suggestion had been submitted to the Ministry of Environmental Protection.