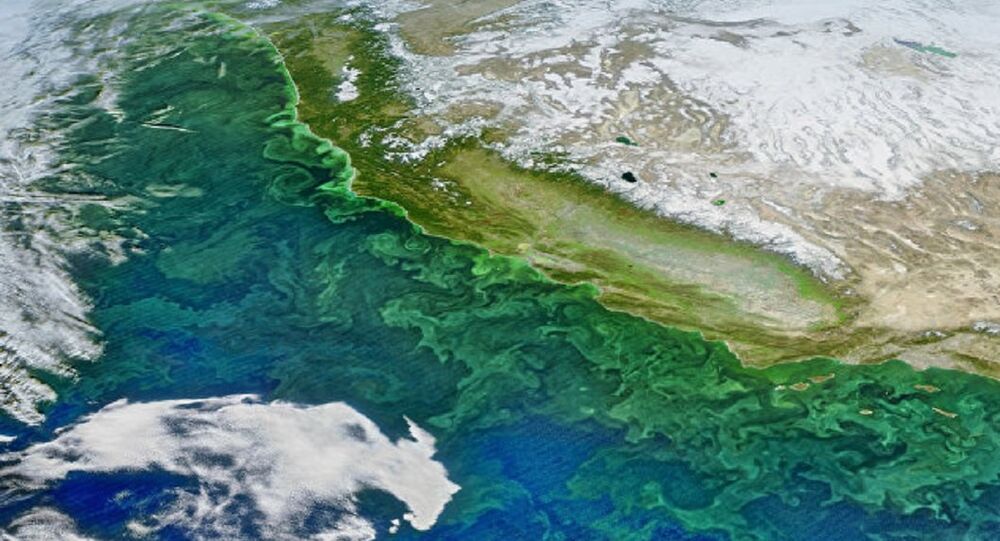 El Niño and the Pacific Decadal Oscillation intensified by rising ocean temperatures has lead to vast blooms of toxic algae that produce a potentially deadly neurotoxin called domoic acid off the West Coast of the USA in recent years, researchers revealed.

The research was carried out by environmental specialists from Oregon State University (OSU), the University of Oregon, the National Oceanic and Atmospheric Association (NOAA), and the Oregon Department of Fish and Wildlife. The results were published in Proceedings of the National Academy of Sciences (PNAS) on Monday.

Domoic acid is a potent neurotoxin produced by specific types of tiny algae called phytoplankton and can cause serious health effects in humans and some other animals, even if they do not eat the algae.

The algae are eaten mainly by shellfish, particularly filter feeders, like razor clams. However, they seem to be impervious to the toxin. Nevertheless, humans and animals that eat selfish which contains the toxin can suffer terrible consequences and even die.

Domoic acid causes seizures and memory loss. Domoic acid poisoning has been linked to mass death of sea lions, dolphins, whales and other marine mammals. It has killed humans too.

The researchers decided to work out a way to predict when these algal blooms will occur in order to keep intoxicated shellfish off people’s dinner tables. Besides, domoic acid can pose a great financial threat on fishing companies too. In 2015, domoic acid cost the West Coast Dungeness crab fishery $100 million, according to the Fisheries of the US Report.

The scientist warned that if ocean temperatures rise because of global warming, it means that there will be more bad domoic acid events and more poisoning episodes in the future that are likely to have unpredictable effects throughout the whole ocean food chain.

“Our observations reveal a common relationship: the warmer the ocean conditions, the more likely domoic acid is to surpass alert thresholds during upwelling season, and the more toxic and/or more widespread a domoic acid event has the potential to become,” they wrote in the article.

The researches warned that it might become worse in the future: “If these warm ocean regimes become more persistent due to global warming, as some hypothesize, West Coast DA events may also increase in persistence and frequency.” They also assumed that the correlation will be the same not only for the West Coast, but for “other eastern boundary currents worldwide” as well.