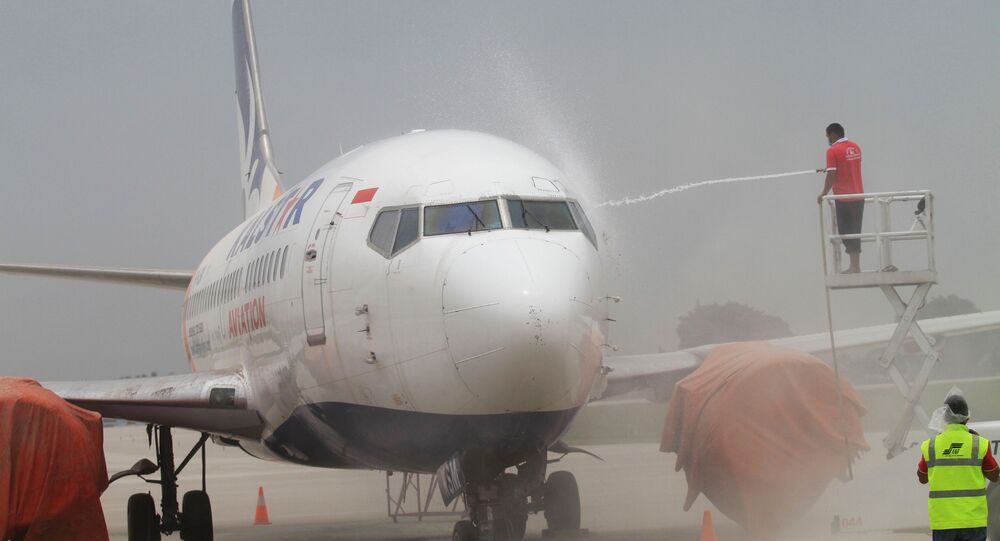 A Norwegian entrepreneur is poised to create automated washing systems for aircraft, similar to those currently in use for vehicles. The new aircraft washing technology is estimated to bring environmental benefits and spare millions.

© CC0
Norway Hopes to Revamp Global Electricity Market With Drones and AI
Although the project, which is expected to feature advanced technologies for airplane washing and deicing, presently only exists as a miniature model housed inside the old departure hall in the airport of the Norwegian town of Skien, the EU has shown faith in the project and contributed 24 million NOK ($2.8mln), Norwegian national broadcaster NRK reported.

"Now we will focus on expanding this model," Svein Gunnar Mæland told NRK.

Mæland is convinced about his project, which is projected to save airlines large amounts.

Additionally, the new technology is more eco-friendly and allows for a drastic reduction in the consumption of glycol when removing ice from the aircraft.

© Flickr / Andrés Nieto Porras
Norway Goes Sci-Fi, Plans to Bridge Fjords With Floating Tunnels
According to him, the project started after a longer flight delay during Christmas in 2009, when Mæland's eldest brother got stuck at Amsterdam's main airport Schiphol, which was snowbound for two days. The long delay naturally became a topic of conversation for the family for the rest of the Christmas season. It was the youngest brother in the family, which runs a car wash business, who suggested the idea of applying the principles of his business to aircraft.

By his own admission, Svein Gunnar Mæland grew up with car washing equipment and has a washerman's genes in his blood. Inspired by his vision, Mæland proceeded with drawings, sketches and plans. In 2010, he teamed with a subsidiary of the Norwegian giant Kongsberg and eventually attracted more investors and partners. In the summer of 2015, he devised a complete scale model that demonstrated the airplane wash principle.

The massive EU support, which came like a Christmas gift to Mæland, has allowed the project to be finalized in Telemark County, Norway.

"I am very excited about the EU funding. The idea is so ingenious that I've only been looking for the EU to understand its point, Skien Mayor Hedda Foss Five told NRK.