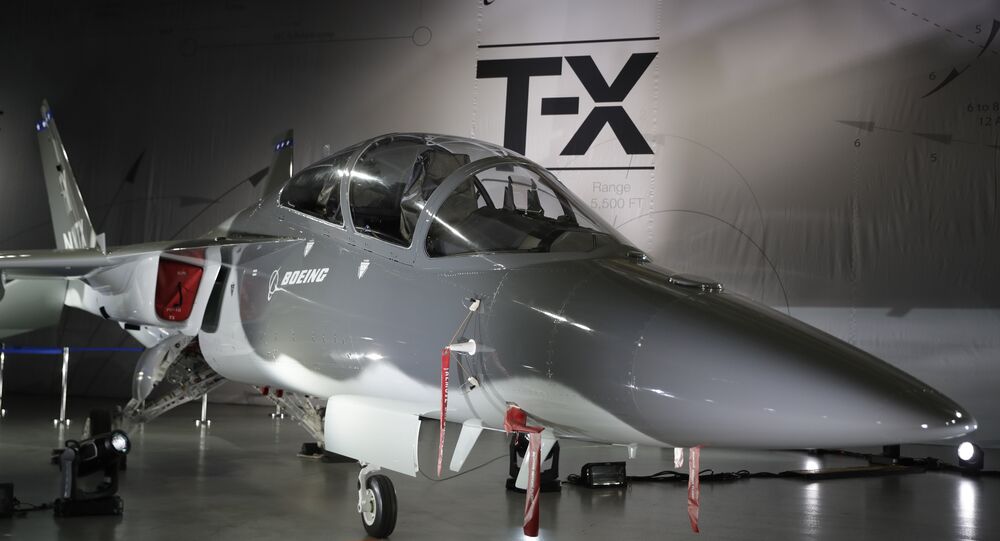 Boeing announced in a press release on Tuesday it successfully completed together with its Swedish partner Saab the first test flight of the new T-X airplane designed to meet the US Air Force’s specifications for a new pilot training aircraft.

WASHINGTON (Sputnik) — The tested airplane is one of first two T-X aircraft that Boeing and Saab revealed in September. The second is currently in ground testing and expected to fly in early 2017.

"With one engine, twin tails, stadium seating and an advanced cockpit with embedded training, the Boeing T-X is more affordable and flexible than older, existing aircraft," the release stated on Tuesday.

Initial operating capability is planned for 2024, according to the release.

Boeing is competing with Lockheed Martin, Northrop Grumman, Raytheon and others for an Air Force contract worth anywhere from $8 to $10 billion.

In November Lockheed Martin's entry into the competition, the T-50A, made its first successful test flight.