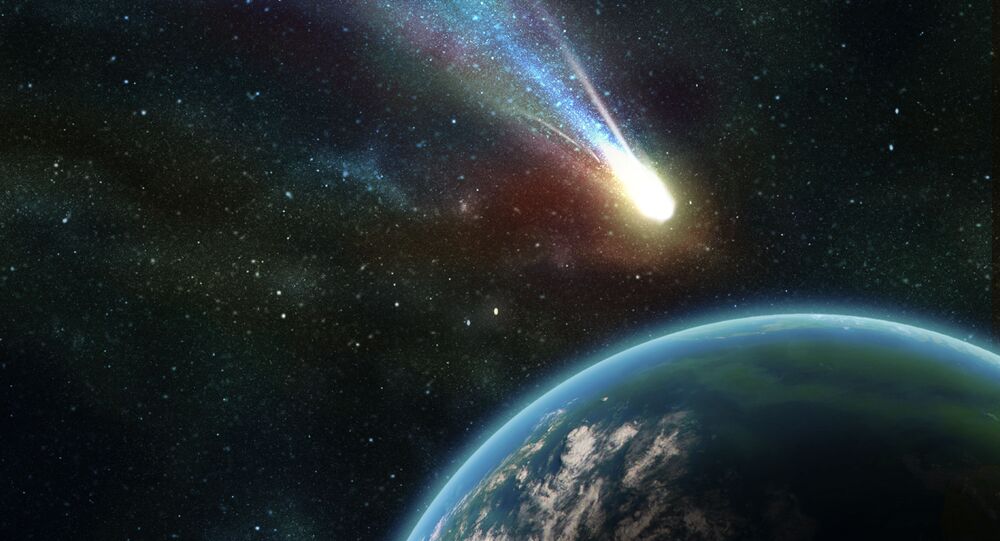 © Flickr / Lwp Kommunikáció
NASA and FEMA Hold Asteroid Impact Simulation Exercise
The unusual asteroid, named 2015 TC25, is so small it can be straddled by a human. Measuring only 2 meters (about 6 feet) in diameter, it was discovered October 2015, when it sailed by the Earth at a distance of 128,000 kilometers, a mere third of the distance between our planet and the moon.

Now, a team led by Vishnu Reddy, an assistant professor at the University of Arizona's Lunar and Planetary Laboratory, has published additional surveillance data regarding this intriguing object, and that data has only made it more interesting.

"This is the first time we have optical, infrared and radar data on such a small asteroid, which is essentially a meteoroid," Reddy said. "You can think of it as a meteorite floating in space that hasn't hit the atmosphere and made it to the ground — yet."

2015 TC25 is also one of the brightest near-Earth asteroids yet identified, reflecting up to 60 percent of light of the Sun. Our moon reflects only about 12 percent.

Astronomers posit that the brightness is the result of reflective minerals, primarily silicates, forming in oxygen-free, basaltic environments at very high temperatures, according to International Business Times. Such asteroids, commonly called aubrites, are extremely rare, and represent about one in a thousand meteorites that fall into Earth's atmosphere.

© Photo : Pixabay
Luxembourg Invests $28Mln in Asteroid Mining
​Most asteroids are essentially piles of rock cemented together by gravity, but 2015 TC25 is a monolithic, or solid, chunk of rock. It also lacks a layer of regolith, loose dust, soil, broken rock, and other materials, usually found on the surface of asteroids.

However, if it entered the Earth's atmosphere, it would likely burn up, making it impossible to study and classify.

"Being able to observe small asteroids like this one is like looking at samples in space before they hit the atmosphere and make it to the ground. It also gives us a first look at their surfaces in pristine condition before they fall through the atmosphere."

The research team believes this asteroid to be part of a much larger asteroid, 44 Nysa, whose size roughly equals the city of Los Angeles. The probability that a large object like Nysa 44 will strike the Earth is extremely low, but smaller parts of these asteroids do hit Earth with regularity. If a  meteorite is big enough, it could be catastrophic, similar to what killed the dinosaurs. NASA, currently creating a map of all known asteroids in order to predict such impacts, has stated that no identified asteroids are a threat to the Earth in the near future.

"If we can discover and characterize asteroids and meteoroids this small, then we can understand the population of objects from which they originate: large asteroids, which have a much smaller likelihood of impacting Earth," Reddy said.