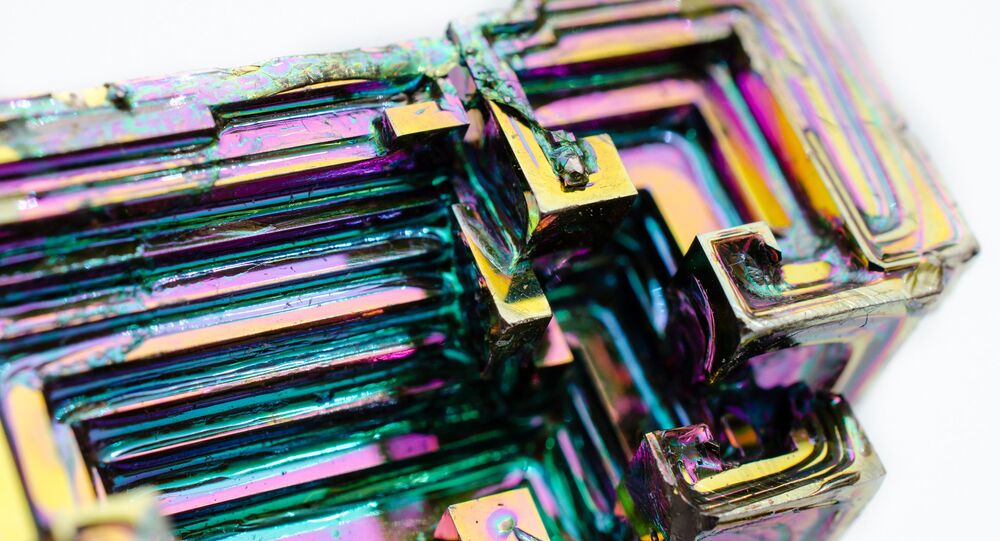 Scientists in India have proven the superconductive properties of the metal bismuth, ending a 50-year scientific argument. In due time, this discovery may dramatically reduce the cost of high-tech machinery that relies on superconductors, scientists say.

© Sputnik / Pavel Lisitcin
Russia to Begin Superconductor Production for New Colliders in 2019
In a major scientific breakthrough, the superconductive properties of metallic bismuth have been identified and proven by scientists from the Tata Institute of Fundamental Research, in Mumbai, India.

Superconductive properties of bismuth have been questioned for some 50 years. The idea that bismuth could be a superconductor was originally proposed by W. Buckel and R. Hilsch in 1954. However, up until today only specific forms of bismuth, such as nanoparticles, nanorods, or amorphous bismuth have displayed superconductive properties. Superconductivity in metallic bismuth was considered unlikely, because of its low-charge carrier density, according to the Russian N+1 popular science website.

Superconductivity in metallic bismuth also challenges fundamental physics theory. The Bardeen-Cooper-Schrieffer (BCS) theory, proposed in 1957, is the first theory that attempts to explain the mechanisms of superconductivity. The authors were awarded a Nobel Prize in physics in 1972 for their work. However, the properties of metallic bismuth do not fulfill the award-winning theory's basic implications. Thus, Indian scientists say, the BCS theory must be rewritten.

"We have discovered superconductivity in bismuth and to explain this, we need a new theory and a new mechanism. Once that comes out, we will probably have a new class of superconductors," stated Professor S. Ramakrishnan of the Tata Institute team of researchers.

© REUTERS / TT News Agency/Anders Wiklund
'I Basically Stumbled on This': Trio of Physicists Awarded With Nobel Prize for Unexpected Discovery
The discovery will significantly reduce the cost of high-tech machinery. Currently, high-tech devices such as MRI machines rely on a niobium-titanium superconductive alloy, which is much more expensive than metallic bismuth, according to EveryLifeCounts.

Current technology does not allow for the quick and easy replacement of niobium-titanium superconductors. But in several years, with due research, new superconductors will allow cost reductions of such machines by a factor of 100, scientists say. For example, the current cost of one MRI machine is almost $1,500,000. This technology will also significantly cut the cost of magnetic levitation (maglevs) trains, and magnetic levitational hoverboards, and many other devices.