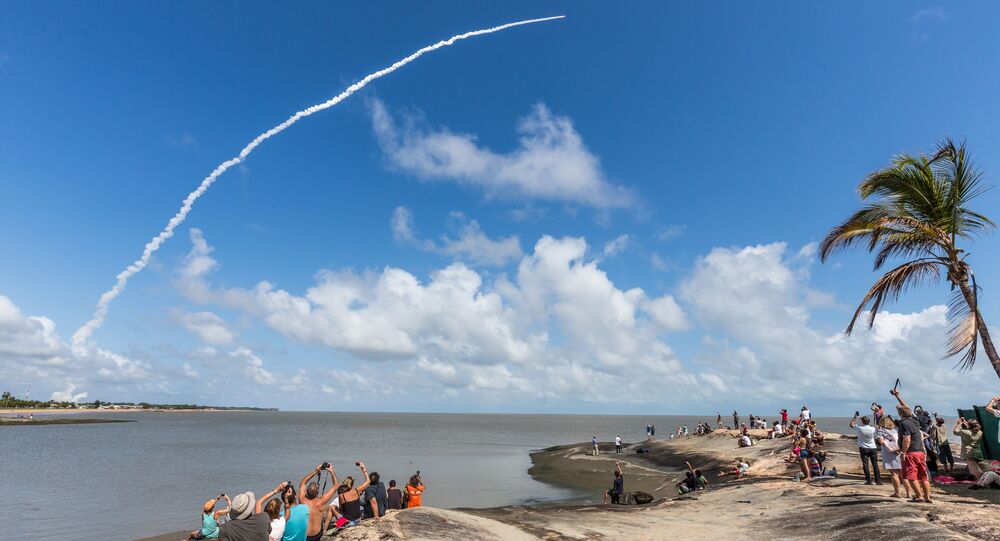 MOSCOW (Sputnik) — After reaching the designated orbit, the Göktürk-1 satellite will be circling the Earth every 90 minutes and will be capable of sending over 60,000 hi-res images to a Turkish Air Force operational center, according to NTV.

© AP Photo / dpa,Stephan Jansen
Germany's Spy Agency May Get Its Own Satellite by 2022
The satellite, which will also serve for a variety of civilian purposes, reportedly costs 261.5 million euros ($354.6 million).

It has been manufactured by the Telespazio (Italy) and Thales Alenia Space (France) companies.

Earlier, Turkish media reported that the new satellite will be used by the Turkish Armed Forces in the fight against terrorism in the south-east of the country, as well as in the course of military operations in the north of Syria.

Its launch was originally scheduled for 2013, but then had been postponed repeatedly.