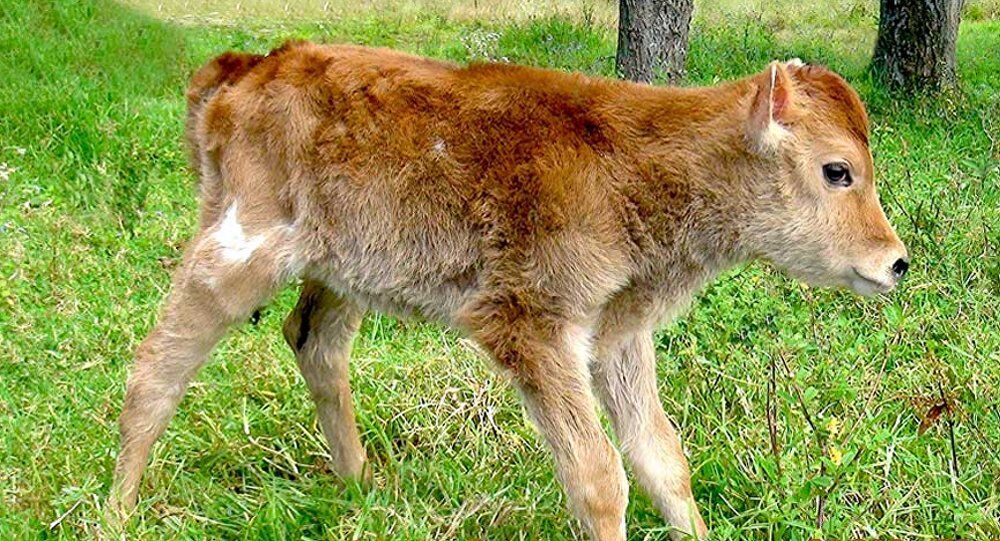 Scientists in Peru have created the country's first cloned animal, a step they hope will enable them to clone endangered species in the future.

The cow is called Alma CI, and she was produced by "handmade cloning." After Chile, Peru is only the second Latin American country to use this technique.

"This means a lot to the researchers," Dr. Luis Murga, one of the creators of Alma, told Sputnik Mundo.

"We got our results through a lot of hard work. We are very proud and happy to bring cloning from the Amazon, Peru, into the world and become one of only 16 countries that use this kind of advanced technology," Murga said.

Handmade cloning is less costly than traditional cloning which uses an expensive machine called a micromanipulator. Dolly the sheep, the world's first cloned animal, was cloned in Scotland in 1996 using this technique.

Using the micromanipulator, scientists examine an egg cell under the microscope, insert a very fine needle to suck out its nucleus, and then use another needle to transfer a nucleus from the animal to be cloned.

Handmade cloning is cheaper and more efficient because it requires less expensive equipment and a smaller, less skilled workforce. It allows the full automation of somatic cell nuclear transfer (SCNT), the process of creating an egg cell with a donor nucleus.

In handmade cloning, scientists use a very thin blade to split eggs cells in half under a microscope. Then, they identify empty "cytoplasts," that is, the halves which don't have an embryo. To create a cloned embryo, a cell from an adult animal is fused first with one cytoplast, then another. This can be done with a relatively inexpensive fusion machine costing around $3,000.

The Peruvian scientists created Alma's embryo using an ear cell from another cow.

"This (technique) consists of taking a piece of tissue from any part of the animal you want to clone. We took a piece of skin from the ear of a cow, but you could take cartilage, blood or any type of cell, because each cell contains DNA within its structure. From the living atmosphere we transfer it to the test tube, and then we grow the embryo," Henin Cortes, a biologist who took part in the project, told Sputnik.

ACFR Youtube Screenshot
Sheepdogs Out? High Tech Robot Seeks to Revolutionize Farmwork (VIDEO)
Cortes said that the newborn Alma is "like a puppy," and has a pleasant personality.

"She is always around, always in constant contact with us and those who care for us. This animal is very self-confident, she waits for guests to come and notices who comes and goes. She's not only beautiful, she's very obedient too."

The scientists hope the achievement will help them to clone endangered species in the future, and they are working to create a bank of genetic resources of domestic and wild animals under threat of extinction.

"It's like a Noah's Ark of animals cells. We have taken samples from the best animals, those which have won national competitions, for genetic protection. In addition, we are storing the cells of wild animals like the spectacled bear, Andean fox and other species which are under threat of extinction," Cortes said.

Putin Stands in Solidarity With Opponents of Cruelty Against Animals – Spokesman