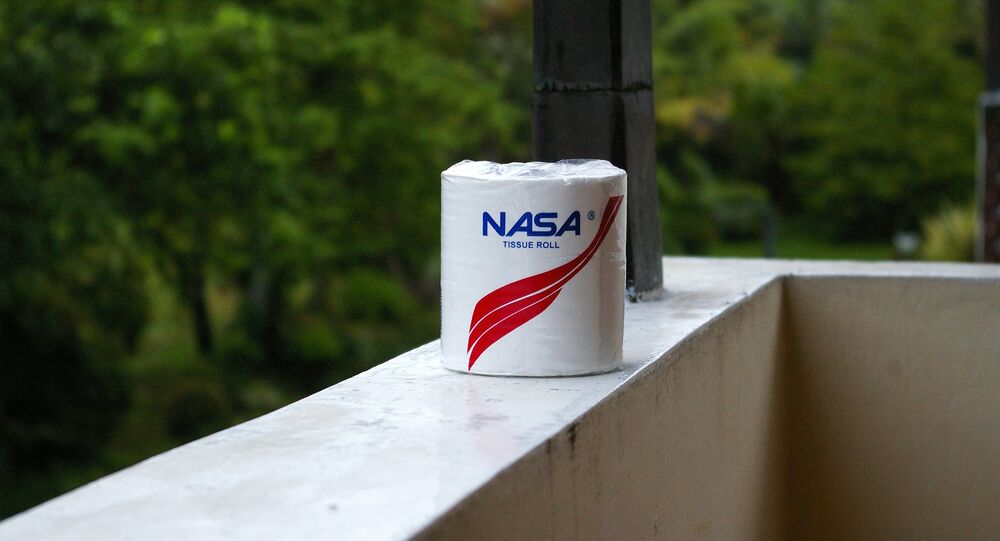 All zipped up in a spacesuit and in full view of the entire crew, what's an astronaut to do, when they need to take a poo? NASA has launched a contest for investors to solve this uncomfortable issue, with a US$30,000 award promised to the one who can help the space agency solve this very human problem.

Technology has come a long way; rockets are sent into space, man has walked on the moon — several times — and so much has been achieved in the world engineering and science, that it seems strange we can not solve the pooing in space conundrum.

​However, going to the toillet in space is not the only uncomfortable part of an astronaut's life.

Once in space, it's all zero gravity, which makes the fluid in your body shift north. This does have its advantages, in that it makes you a few inches taller and it gives you a facelift.

However, it can also cause a severe headache, which can be distracting and even prove fatal if you're unable to concentrate when performing a space walk.

A further uncomfortable reality of life in space for astronauts is food.

​It's great that astronauts are now allowed to bring food with them, such as chocolates, for example. However, according to astronaut Marsha Ivins, the best tasting chocolate on Earth will end up tasting like wax in space. In fact, according to Ivins:

"Everything tastes different in space."

The zero gravity situation really impacts the astronaut's body in a big way.

Because there is no natural convection, the body's heat does not rise off the skin, and it therefore constantly perspires in an effort to cool itself down.

Worse still, because the sweat refuses to evaporate or drip, it simply builds up, making the journey very moist.

The weightlessness in space squashes the eyeballs of astronauts which in turn blurs their vision.

The backs of some astronaut's eyes get flattened, while others experience swelling of their optic nerve conditions.

Whilst we can deal with wax-tasting sweets or sweaty armpits, having poor sight is very dangerous in space.

Things I learned today: eyeballs change shape while astronauts are in space pic.twitter.com/ZKrogJJeea

It's not just flying around in space journey which can be uncomfortable for astronauts, the return home can also be a difficult one.

When astronauts re-enter Earth, their inner ear — that which keeps humans balanced- has to adjust to our planet's gravity and as a result becomes very sensitive.

This means the astronaut's balance is essentially off when they come back home, and they have to re-learn how to move in a gravity field. One turn of the head to the left and they could fall over.

Muscles that haven't been used in weeks, also have to re-engage to help them walk and even stand.

​Humanity may be embarking on its biggest endeavour yet, sending humans to Mars that is, but until we can figure out how to make space journeys as comfortable as possible, it will sure be an unpleasant ride.