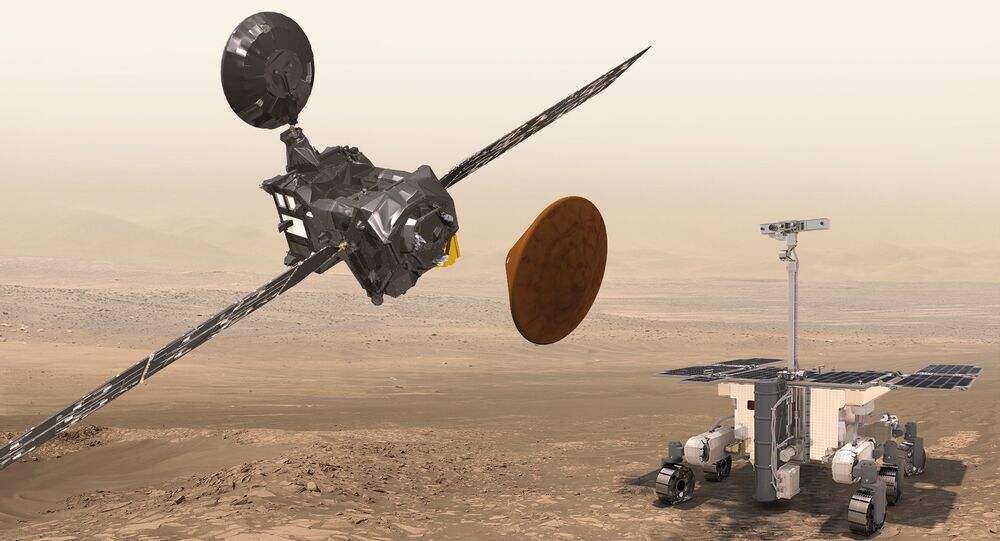 The European Space Agency (ESA) has come up with a possible cause of Schiaparelli EDM lander’s crash last month.

“When merged into the navigation system, the erroneous information generated an estimated altitude that was negative – that is, below ground level. This in turn successively triggered a premature release of the parachute and the backshell, a brief firing of the braking thrusters and finally activation of the on-ground systems as if Schiaparelli had already landed,” the statement read.

© East News / Science Photo Library
Looking for Life: ExoMars Orbiter to Begin Observations on November 20
In fact, the EDM lander was still at an altitude of around 3.7 kilometers (2 miles), according to the statement.

The statement added that this was a preliminary conclusion of the technical investigation and that the full picture would be provided by ESA in early 2017.

On October 21, photos published by the National Aeronautics and Space Administration (NASA) showed that the EDM lander of the joint ExoMars-2016 mission of Russia's Roscosmos space corporation and the ESA crashed and exploded during its landing on the Red Planet.