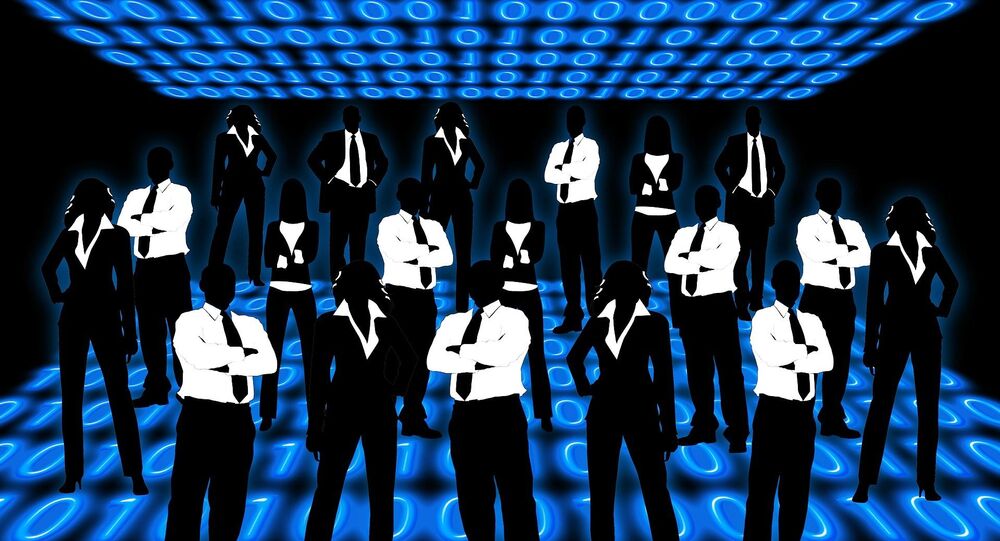 'Unsafe, Disordered' Future World With an Internet That Dictates Geopolitics

At an Oxford University conference on November 22, former US Secretary of Homeland Security, Michael Chertoff discussed the future of a borderless Internet in the climate of increasingly uncertain geopolotics.

Michael Chertoff served in his role during the administration of President George W. Bush. He spoke of concerns for a World Wide Web without border controls:

"The issue of security and trust didn't exist during the early stages of the Internet because it wasn't expected to evolve into becoming such a globalized entity that it is now.

"The advancements now, in areas such as wireless communication, data sharing and storage capabilities; these have all had significantly positive impacts on our cultures, but with it has also emerged many dark aspects in the virtual world," he told the conference, attended by students and IT professionals.

"You assume food in the super market is FDA compliant. We need to get there with cyber" — Michael Chertoff #TCGSecuritySeries pic.twitter.com/lslqXQp3xd

Mr. Chertoff went on to describe the dichotomy of a virtual world with so many freedoms, where on the one hand, the privacy of users must be maintained as a constitutional human right of all 'netizens' but also ensuring that data and online activity is not compromised and remains safe from government security concerns.

"One of many challenges we are presented with today and into the future is that we need to try and keep in tact the basic backbone of how the Internet has evolved, but we have to find ways in which to stay ahead of highly-skilled cybercriminals out there such as hackers, fraudsters and terrorists."

"The Internet has become a vector of conflict and there are lots more antagonisms that exist in the world which is why we need to find ways in which to implement international legal agreements that can be adhered to by users everywhere," Chertoff explained.

But during the George W. Bush administration, according to a critic of US foreign policy at the conference, the very frustrations of the US government losing control over so-called 'dark forces' which are conflicting with US self-interests, has made both the virtual and physical world a much more dangerous place.

"The first question we must ask ourselves today is whether governments have become weaker and less relevant in the physical world because of an unrestricted Internet, and if so, can we trust them to work in our best interests when it comes to control, security and regulation? After all, not being able to assert controls even beyond their own physical borders is what has made us all unsafe," the attendee commented to Sputnik.

And then there are the wider geopolitical factors. Not all nations give their citizens the luxury of autonomy online, and a preference to assert elements of state censorship on what is accessible presents difficulties in implementing a global agreement, according to Chertoff.

A senior lecturer from Oxford University commented on the diminishing control of the US in what is currently a very different global climate to when Chertoff worked in the Bush administration between 1999 and 2005:

"The world is moving away from American hegemony, with far more powerful spheres of influence asserting themselves. This is surely where the real challenge presents itself…" she told Chertoff.

When asked about President-elect Donald Trump and what Chertoff expects will be his stance on issues such as Internet control and international security concerns, he told the conference:

"In the domestic arenas, presidents have much less powers than may be assumed. Legal control is in the hands of the courts and they can over-rule any measures that may breach both national or international legal constraints. The state has much more overall control than the President.

"Both domestically and beyond however, under national security motivations, the President can assert much control and can also use much more powers," he added.

© Photo : Pixabay
Obama Giving Away Control of Internet to Foreign Interests - Trump
Michael Chertoff presented a very US-centric outlook in relation to cybersecurity concerns, but he did also share the mutual challenges faced by all nations:

"My concern is we live in a disordered world and the threats to national security are growing. Trends such as crowd-sourcing of terrorism and avenues of recruitment have also become easier. It's gone beyond religion and ideology now it seems and extremist groups operate like the criminal gangs you see in neighborhoods," he said.

What Chertoff forgot to mention however, is that perpetuating an overall climate of fear amongst everyday citizens also makes it easier to assert more controlling measures.

A student of Politics at Oxford University who attended the conference and wished to remain anonymous, when asked about his thoughts on Chertoff's speech after the conference, told Sputnik:

"Chertoff is certainly a credible speaker, but the fact that he has used his former position in a powerful state role to make quite a bit of money for himself leaves me dubious. His private consulting firm, 'The Chertoff Group' profited from the body-scanning tech he rolled out across US airports, and he is also said to be on the boards of giant defense and security firms. In creating a kind of shadow homeland security agency, he leaves a murky political trail that the public are not blind to anymore…" he said.

Same way Michael Chertoff stood to profit handsomely from TSA body scanners that he just happened to be invested in. Nothing new here. https://t.co/Wv8X2Tpstv