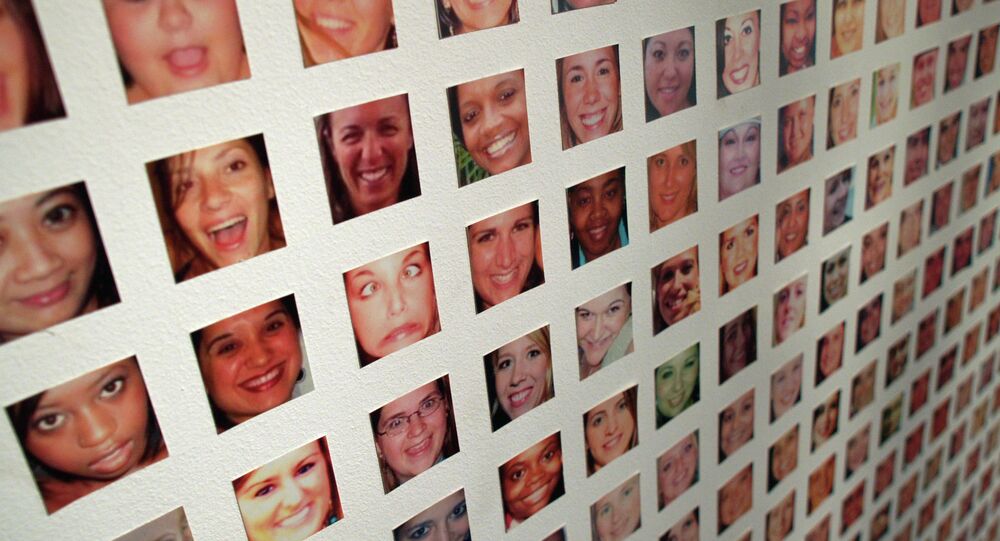 Russian start-up NTechLab, which boasts the world's best face recognition technology, is ready to meet the most difficult requirements for information security. The software company offers their newest product FindFace Enterprise Server SDK that can be applied even by government agencies and defense companies.

© Photo : 2016.findface.pro
Trump-Alike or Clinton-Clone? New Service Tells You Who You Look Like
Regina Konstantinova — The FindFace Enterprise Server SDK, launched by NTechLab on November 21, gives companies an opportunity to use the most accurate face recognition software within their own corporate IT infrastructure. Previously, the technology was available for businesses as a cloud service, Findface Cloud API.

"The functionality of the FindFace Enterprise Server SDK service is similar to our cloud solution. Both of them offer verification (comparison of two faces) and identification (finding a person by face), but there is one important difference," the startup's press service told Sputnik.

"The latest product allows getting a license for using our technology and implementing it locally in own servers or software. Due to this, our product now can be widely used even by government agencies and departments, defense enterprises and many other companies around the world, which place high demands on information security and consider the cloud system of data transfer unacceptable."

The NTechLab's algorithm outperforms all the similar facial recognition technologies, including Google's FaceNet and China's best programs: it allows to compare pairs of faces with 99% accuracy and to spot a single person in a 250-million-photo base in less than 0.3 seconds with more than 70% accuracy.

"More than a hundred companies took part in the beta testing of our product. The companies from the United States, Western Europe, China and India showed the biggest interest in it," the press service said.

Dozens of companies from around the world have already made pre-orders for the FindFace Enterprise Server SDK. Data can be stored in a specially designed format — less than a kilobyte per image — which makes it possible to keep information on several million people in an internal company server.

© Photo : National University of Science and Technology MISiS
Russian Scientists Improve Smartphone Screen Technology
"Launch of the FindFace Enterprise Server SDK is a new stage in the development of our business. This step will allow us to significantly expand the number of companies that will be able to create their own solutions based on NTechLab algorithm. This will speed up the development of the whole market and will allow us to find new applications for our technology," said Alexander Kabakov, the NTechLab co-founder, in a press release.
...
Reddit
Google+
Blogger
Pinterest
StumbleUpon
Telegram
WhatsApp
118
Topic:
Not by Oil Alone: Russia's Non-Resource Exports (12)