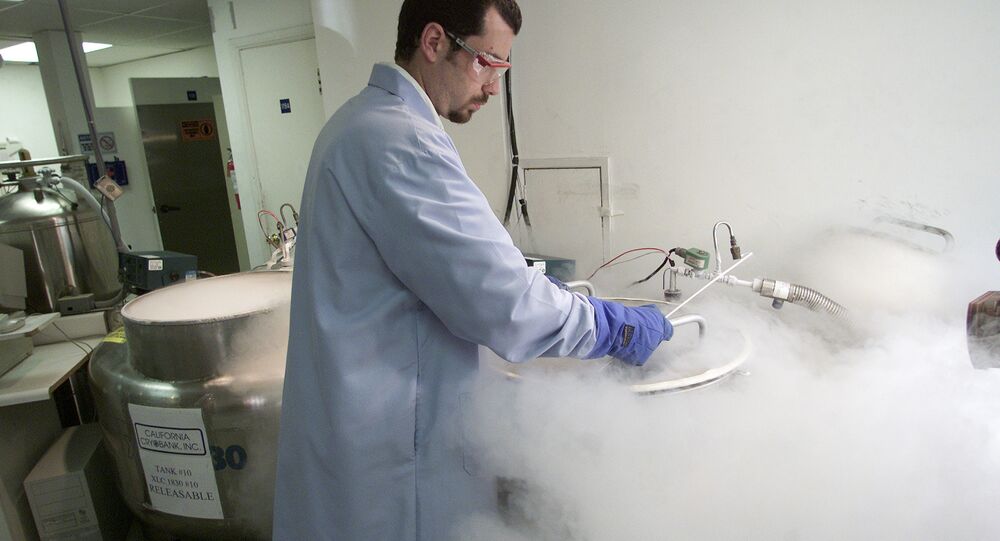 The 14-year-old girl’s body has been preserved after she died from a rare form of cancer.

© Flickr / Derek K. Miller
Alabama Governor Allows Use of Experimental Treatments for Terminal Illness
Following a lengthy court battle, the girl’s body was frozen after she died, as she hoped that a cure would be found in the future so that she could be brought back to life.

The teen, who has not been publicly named as she is a minor, had been living with her mother following her parents’ divorce. Though her mother supported her wish to have her body be frozen, her father, with whom she had not spoken to since six years before she was diagnosed with the disease, was against it.

While the girl was too sick to appear at the court proceedings, she wrote to the judge from her hospital bed, explaining that she wanted, "to live longer," and did not want "to be buried underground."

"I have been asked to explain why I want this unusual thing done. I am only 14 years old and I don't want to die but I know I am going to die. I think being cryopreserved gives me a chance to be cured and woken up — even in hundreds of years' time,” the girl wrote to the judge. “I don't want to be buried underground. I want to live and live longer and I think that in the future they may find a cure for my cancer and wake me up. I want to have this chance.”

© Flickr / ZEISS Microscopy
Scientists Unleash Teeny Tiny Little Soldiers in Fight Against Breast Cancer
The estranged father fought his daughter’s wishes, worrying that a cure might not be found for centuries, long after her family had also passed away. As there are no cryogenic facilities in the United Kingdom, her mother planned to have her preserved in the United States.

“Even if the treatment is successful and she is brought back to life in let’s say 200 years, she may not find any relative and she might not remember things and she may be left in a desperate situation given that she is only 14 years old and will be in the United States of America,” her father said, according to the BBC.

As the family argued in court, eventually her father backed down and conceded to his child’s wishes.

“I respect the decisions she is making. This is the last and only thing she has asked from me,” he said in the courtroom.

The girl did not want the details of her terminal illness to be shared with her father, and did not want him to see her body after she died.

In October, the girl died and her body was brought to the United States where she was frozen in liquid nitrogen.

Currently, the technology does not exist to bring life back to a dead body, even if it has been carefully preserved.

Assisted Suicide: Colorado to Permit Terminally Ill to End Their Own Lives