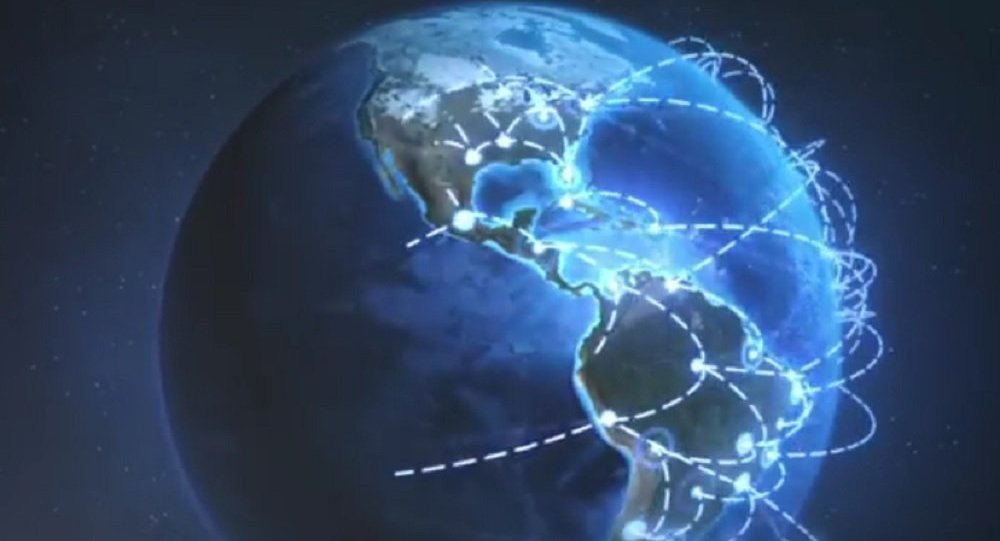 SpaceX has announced plans to launch over four thousand satellites into low-Earth orbit to provide the world with super-fast internet, according to a recent regulatory filing.

Earlier this week, Elon Musk's SpaceX company outlined plans to the Federal Communications Commission (FCC) to create global broadband network by launching 4,425 satellites into space. The first deployment will entail 800 satellites, intended only for connectivity in the US. The global remainder will be launched at a later date. Currently, some 1,400 satellites orbit the Earth, in varying stages of usefulness and repair.

"With deployment of the first 800 satellites, the system will be able to provide US and international broadband connectivity; when fully deployed, the system will add capacity and availability at the equator and poles for truly global coverage," SpaceX said.

The company has not announced a concrete date for its initial launch, but mentioned 2019 as a possibility.

© REUTERS / Twitter.com/GirlieToNerdy
SpaceX Aims to Resume Falcon 9 Flights in 2016, Blames Helium Tank for Explosion
SpaceX broadband satellites will weigh 386 kg each, and be about the size of a small car, making them smaller than existing telecommunications orbital platforms. They will also have a shallower orbit and are expected to have a service life of five to ten years.

The company detailed that the orbiting broadband network will reduce signal latency and dramatically improve bandwidth.

"Once fully optimized through the Final Deployment, the system will be able to provide high bandwidth (up to 1Gbps per user), low-latency broadband services for consumers and businesses in the US and globally," SpaceX wrote. "Subject to additional development work, SpaceX plans to design and manufacture its own satellites, gateway earth stations, and user terminals." Home internet customers would receive a "low-profile user terminal that is easy to mount and operate on walls or roofs."

If the ambitious SpaceX plan is realized, it would expand high-speed internet coverage globally, and greatly improve internet in rural areas that need it most.

SpaceX Rocket Blast Investigation Gets Bizarre Twist - Was It Sabotaged?

SpaceX Tests Raptor Engine That Could Put Man on Mars