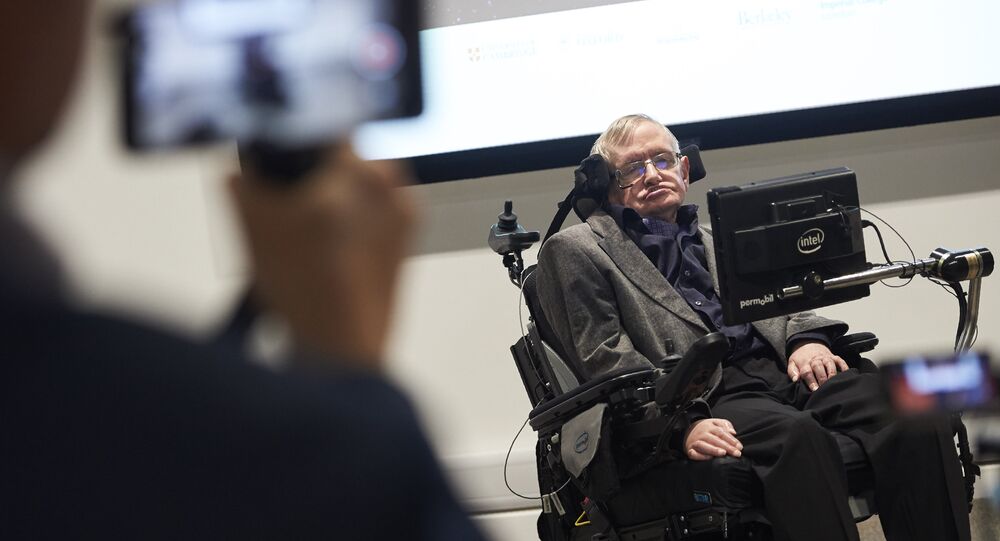 Humanity will not survive another 1,000 years if it cannot find its way to other planets, according to celebrated physicist Stephen Hawking.

© AFP 2021 / NIKLAS HALLE'N /
Artificial Intelligence Will 'Transform' Society or 'Destroy' It - Hawking
Hawking, in a speech at Oxford University Union, believes that humanity has almost no chance of surviving the next thousand years, unless it finds a way to reach other inhabitable planets.

"We must… continue to go into space for the future of humanity," he said. "I don't think we will survive another 1000 [years] without escaping beyond our fragile planet."

According to the world-renowned physicist, the survival of humanity is currently challenged by threats including global nuclear war, climate change and genetically engineered viruses.

"The number [of threats] is likely to increase in the future, with the development of new technologies, and new ways things can go wrong. Although the chance of a disaster to planet Earth in a given year may be quite low, it adds up over time."

The only solution to impending doom is locating and migrating to new planets, Hawking said, as a way to avoid the destruction of humankind.

"We will not establish self-sustaining colonies in space for at least the next hundred years, so we have to be very careful in this period," he said.

eso.org
Scientists Say Nearest Exoplanet May be Habitable
Ambitious space-exploration programs currently under development in Russia and the US will take at least half a century to yield functional results with available technologies. A truly groundbreaking discovery in space travel technology is required, he suggested, to be able reach habitable exoplanets.

And there are a plenty of choices as, since 2009, NASA has identified over 1,000 exoplanets believed to be similar to Earth by metrics including temperature and atmosphere. Another 3,000 exoplanets are called "planet candidates" and could be suitable for colonization.

Who’s Out There? Hawking to Probe More Than 200 Stars Emitting Bizarre Signals