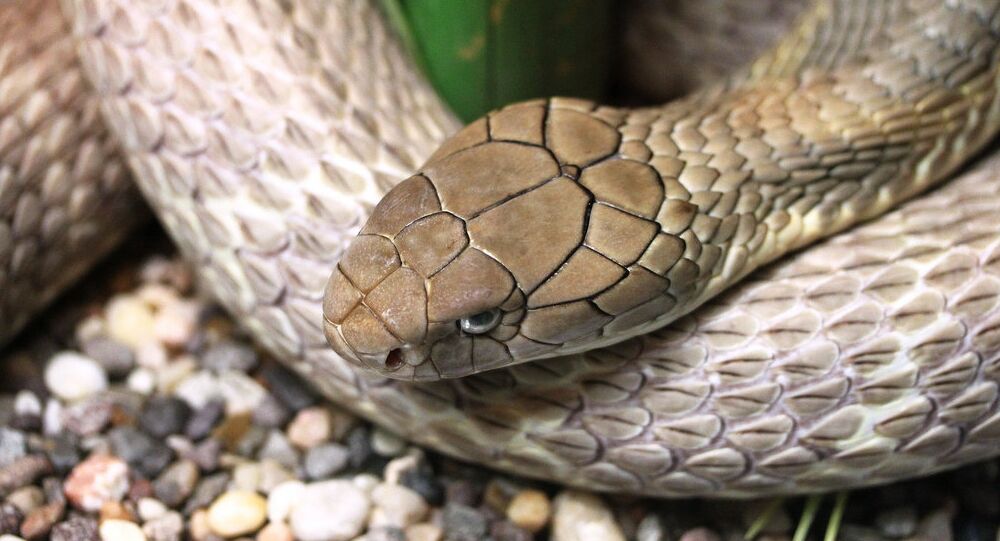 Imagine the agonizing death after being bitten by a snake in, say, the tall yellow grass of the African savannah. In many places across the globe, snake bites are a serious health risk and may become lethal for lack of timely help. Danish researchers claim to have found an Achilles heel in snake venom, which may possibly yield better antidotes.

© Flickr / traveljunction
Danish Brewery Pioneers Instant Beer - Just Add Water!
The recent discovery by researchers at the Technical University of Denmark (DTU) could lead to a universal antidote that works on all snakes in any given region, Danish scientific magazine Videnskab ("Science") reported.

Snake venom consists of a cocktail of toxins that have various biological functions depending on the type of snake. Many extremely poisonous snakes of the viper family, such as mambas and cobras, use a type of venom that assaults the human nervous system and disrupts communications between nerves and muscles. Neurotoxins induce muscles cramps and paralyze the victim's ability to move or breathe.

"Once you get bitten by a poisonous snake, the body's immune system reacts by producing antibodies. The only problem is that it takes about a week for the body to yield sufficient amounts of antibodies, while the victim may be dead within an hour or so, depending on the type of venom," Mikael Engmark, a PhD student at the Department of Bio and Health Informatics at DTU and lead author of the research, told Videnskab.

© Flickr / zoutedrop
Eco-Minded Danes Develop New Grass to Reduce Cow Burps
The toxins enter the body in "stealth mode" being able to stay below the immune system's radar until they reach their goal. However, the Danish researchers claim to have found the snakes' "underbelly" in that the toxins are in fact extremely selective and bind themselves to the most vulnerable nerve cells exclusively. A mapping of antibody binding revealed antigenic hotspots in toxin sequences.

"This is an eye-opening experience. Even if different toxins bind to different receptors in the nerve cells, all anti-venom binds to the active part of the toxins," Mikael Engmark told Videnskab.

This weak point in neurotoxins allows for antidotes to tackle them directly. In subsequent tests, anti-venom is accumulated by injecting horses with small amounts of venom.

The findings, published in Nature magazine, could potentially lead to the improved treatment of snake bites.

© Photo : Sandeep Kumar
The Plight of the Snake Charming Industry in India
Snakes are found on every continent except Antarctica. Since reporting is not mandatory in many regions of the world, snakebites often go unreported. Consequently, no accurate study has ever been conducted to determine the frequency of snakebites on the international level. Some estimates, however, put the number at 5.4 million snakebites, 2.5 million poisonings, resulting in perhaps 125,000 deaths a year in mainly rural settings in parts of the world such as sub-Saharan Africa and South-East Asia, with India reporting more deaths from snakebites than any other country in the world (approximately 50,000 a year).

#FridayFacts #puffadder may be most common #snake in #Africa & with one of fastest strikes in the world! #reptiles #nature #Akagera #Rwanda pic.twitter.com/sNdSiwgLnL

Holy Cow! Herd Gets Moowed Down by Swedish Emergency Services