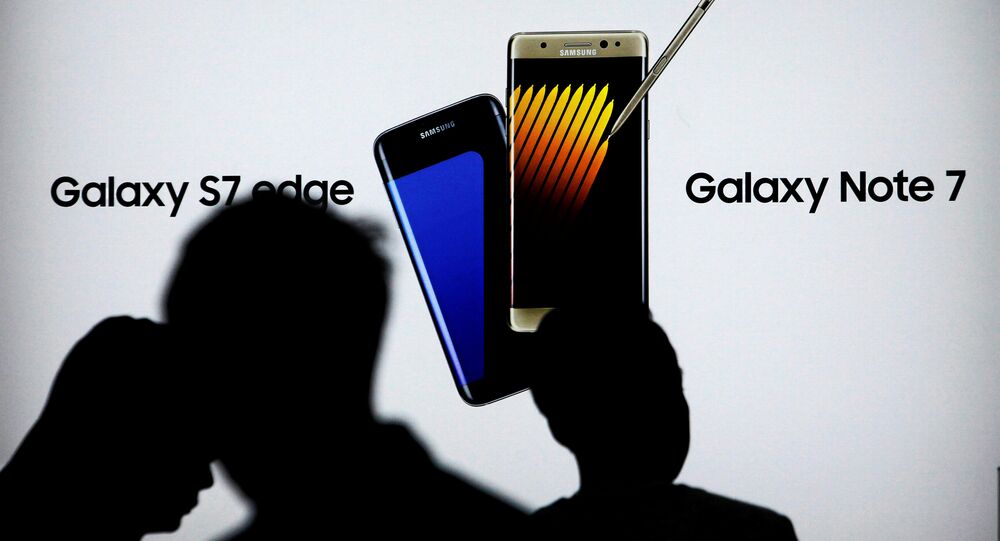 The US Department of Defense has banned the use of Samsung Galaxy Note 7 smartphones on its aircraft, US Navy Reserve Forces Command said in a release on Thursday.

WASHINGTON (Sputnik) — The Defense Department added that all passengers with such smartphones will be denied boarding.

"Effective immediately: Samsung Galaxy Note 7 is prohibited on all Department of Defense owned and controlled aircraft (including PE [Patriot Express] missions) in accordance with Federal Aviation Administration and Department of Transportation guidance," the release stated.

© REUTERS / Iqro Rinaldi
Samsung SOS: Can the Brand Come Back Strong After Note 7 PR Disaster?
On October 15, the US Department of Transportation ordered an emergency ban on Samsung Galaxy Note 7 smartphones from all commercial air transportation in the United States.

More than 100 Samsung Note 7 phones have overheated and injured some owners, prompting Samsung to issue recalls over what the Korean company has said is a battery problem.

Patriot Express is a Defense Department-chartered aircraft transiting between Washington, DC-area airports and Ramstein Air Base in Germany.

Samsung SOS: Can the Brand Come Back Strong After Note 7 PR Disaster?