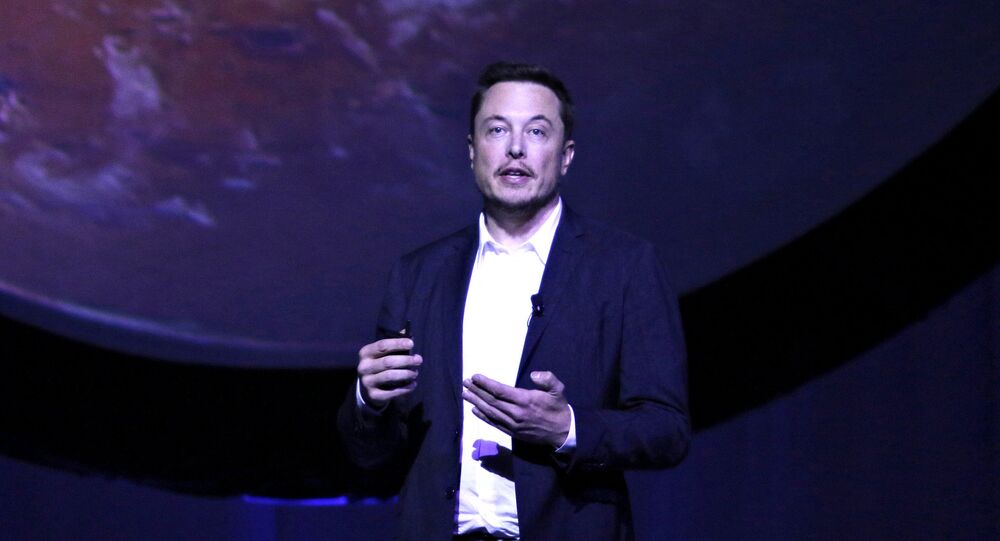 SpaceX CEO Elon Musk, outlined his plans for space travel to Mars during the International Astronautical Congress in Guadalajara, Mexico back in September. The billionaire hopes the Red Planet will eventually support human colonies. On Sunday (October 23), during a Q&A Reddit session, he revealed more details about a future mission to Mars.

For more than 10 years, the billionaire has championed the idea that humanity's best hope for survival is by extending its reach into the solar system. Musk announced his plans via a Reddit AMA (ask me anything) session, as he revealed the idea of using tunneling droids on the Red Planet.

Tunneling droids are mechanical robots that will work underground, digging under the surface of Mars.

At a Congress in Mexico in September 2016, the SpaceX CEO revealed plans for building an Interplanetary Transport System (ITS), including the Falcon Heavy rocket and Red Dragon capsule. He also mentioned the production of a propellant on Mars that would allow crafts to return to Earth.

During his Reddit announcement, Musk said that initially everything would start with scouting missions, so that humans can gain an understanding on how to land without adding a crater. He also mentioned a Heart of Gold spaceship that would fly to Mars and be loaded with equipment that would help to build a propellant plant.

Musk also said that he will then try and double the number of flights from Earth to Mars, which will take place every 26 months until the Martian city can grow by itself.

However, it may still sound a little too science fiction-like. It was only recently that SpaceX's Falcon 9 rocket, which was carrying a satellite, exploded on the NASA launch pad at Cape Canaveral in Florida. The explosion occurred during the preparation for the static fire test of the rockets engines — thankfully, no one was injured.

However, Musk is not one to give up.

During the Reddit session he elaborated on his plans, explaining that industrial operations on Mars would take place underground, that people would live on the surface in glass and carbon fiber domes, whilst underground work would be carried out by tunneling droids.

"Initially, glass panes with carbon fiber frames to build geodesic domes on the surface, plus a lot of miner/tunneling droids, with the latter, you can build out a huge amount of pressurized space for industrial operations and leave the glass domes for green living space," Mr. Musk said on Reddit.

Just in time, all the questions & answers from @elonmusk's @rSpaceX AMA assembled into image format! See them all at https://t.co/Zx6gETLHOB pic.twitter.com/XZ9KYCS5Yf

Musk also admitted that none of the things he had outlined during the online discussion were set in stone. When asked what technology has been mastered at this point, he openly said, that he was unsure if anything had been completed or mastered as yet.

"Not sure that we've really mastered anything yet. Maybe starting engines…," Musk said.

With Elon Musk's Reddit revelations, questions arise over how the future of Mars exploration. He may be whetting the public's appetite, whoever the technology required to conquer the Red Planet is still, in his own words, non-existent. This makes one wonder, how long will it take for Musk's Martian science fiction to finally become Earth's reality?