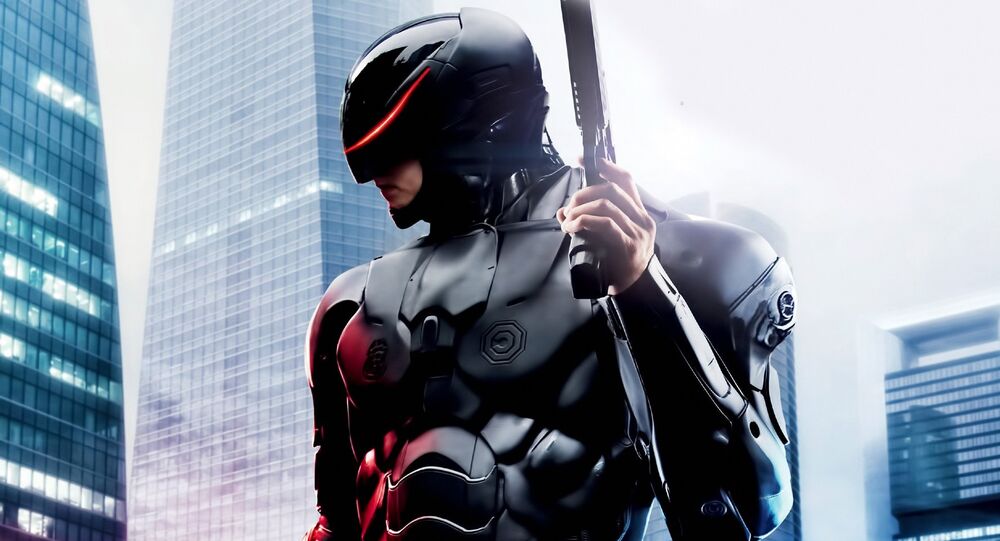 Are Real-Life Robocops Creepy or Essential for Fighting Crime?

Police in Dubai have announced that in 2017 they plan to fight crime by operating 'robocops'. Thus, UAE could become the third place in the world after China and the US, where robots will protect the city.

© CC0
Rise of Artificial Intelligence Ushers Era of Robot Criminals
Police robots are increasingly being developed for use against people. Large remote-controlled robots are now fixed with arms that can breach doors or hold live weapons.

A fully autonomous robot officer is already in the works. As the reality of robotics sets in, what lies in the future for law enforcement, crime fighting and society in general?

Why do police need robots?

Robotics is being used by the police quite actively. The use of robots in emergency situations such as checking suspicious items or clearing dangerous spaces is becoming quite common in the US and across China.

Robots can now be the eyes of the police officers in dangerous areas or be used to move objects if they cannot do it on their own.

For example, a few months back there was a well-known case involving a robot detecting set of explosives near the garage where a perpetrator was hiding and shooting.

There are many other tasks that can be assigned to robots. For example patrols. Here, robots can be even more practical than a person because they can face high risk situations without getting killed.

The Knightscope K5 is a 5ft-tall [1.5m] robot aimed at predicting and preventing crime by autonomously patrolling the public spaces.

It is equipped with everything from thermal imaging to facial recognition; it has a 360-degree view with an infrared vision that allows it to be used in face detection systems and detecting license plates.

In Silicon Valley it has been called the future of surveillance. The Knightscope is fully self-contained and is assisted by several orientations in space systems including in radar, lidar and ultrasonic sensors.

The robot has a thermal imager, which together with the microphones can accurately determine the location of gunfire or explosions.

Currently Knightscope has already signed several contracts with security companies. It delivers robots for a rental fee of $ 7 an hour. Some consider it a good deal because human guards ask for 25 to 35 dollars for the same work.

However, one country that is not far behind the US in robotics is China. In late September, at the Shenzhen airport, RoboCop- AnBot came into service. It was developed by the National University of Hunan, in the Chinese province of Hunan.

It weighs 78 kg and hence it can seem a little less formidable compared to its American counterpart. However, in its arsenal, it has a serious weapon- an electric shocker, which can only be used by the operator in manual mode.

In other aspects it seems like a cheap analogue of the Knightscope K5. It is missing an expensive lidar, but it has a gas analyzer capable of detecting explosives, similar to the K5.

This robot in some sense is a competitor of the Russian development of the avatar Fedor. The android has received the name of “Fedor” by the English abbreviations FEDOR (Final Experimental Demonstration Object Research – The final experimental demonstration research facility).

The Telebot, developed by Florida International University’s Discovery Lab, has been field-tested and is undergoing the final stages of testing.

It has a swiveling head and dexterous fingers. The humanoid robot is controlled remotely by a person wearing an Oculus Rift headset and motion-tracking vest, arm bands, and gloves.

The voice of the remote operator is transmitted through the robot to the citizen on the receiving end. It can perform most duties ranging from normal patrol to giving out parking fines. According to some reports it introduces a new level of intimidation to the increasingly militarized police state.

Although there are other reports which suggest that Telebot may help disabled officers and veterans return to their job.

The retail price of Telebot will be in the region of 20,000 dollars, which, according to the police authorities, is half the cost of financing a biking patrol.