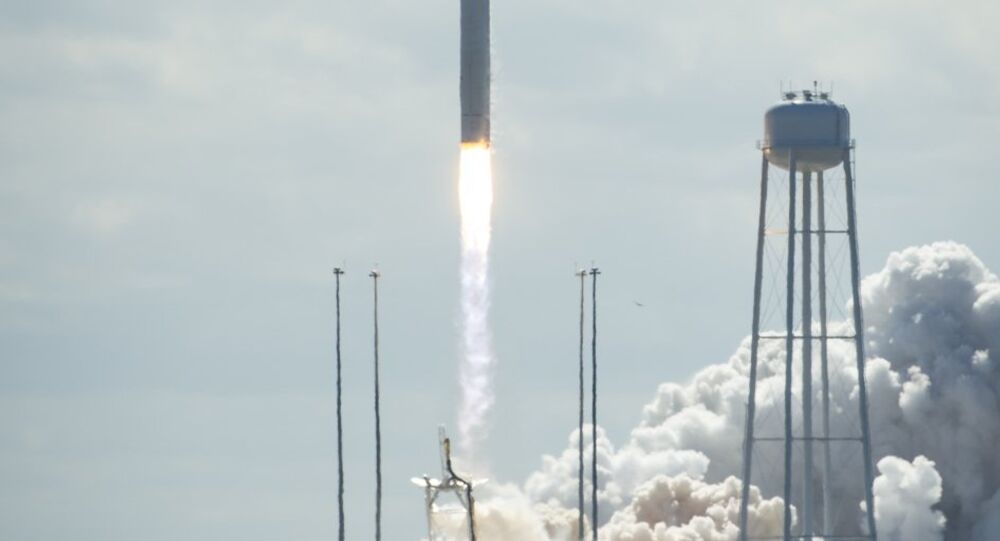 Antares Rocket Takes Off to ISS

The US Antares carrier rocket equipped with two Russian RD-181 engines blasted off to the International Space Station with the Cygnus cargo ship from the Wallops Flight Facility for the first time, NASA TV live broadcast showed.

© AP Photo / NASA, Joel Kowsky
US Antares Manufacturer Says Will Complete ISS Deliveries by End of 2016
MOSCOW (Sputnik) – The two Russian-made engines worked successfully and the Cygnus spacecraft separated from the US rocket at the estimated time, according to the NASA broadcast

Thus, the Russian part of the international program of the Antares launch was completed successfully.

The unmanned rocket with the with the Cygnus spacecraft was to be launched from the Wallops Flight Facility located on the Atlantic coast of the US state of Virginia at 20:02 local time (00:03 GMT) on Saturday. In seven hours before the launch of the rocket, the company Orbital ATK Inc, owning the rocket announced 24 hour delay as a cable of ground equipment did not work properly, which occurred during pre-launch check.

The Cygnus spacecraft was designed to transport supplies to the International Space Station.

The first test of the Russian-made RD-181 rocket engines used in the first stages by the US Antares carrier rocket was successfully conducted on June 1. In 2015, the engine manufacturer Energomash delivered four such engines to the United States under a contract signed in 2014.

Two launches of the Antares rocket were successful, while the third ended in disaster. In October 2014, the rocket exploded seconds into its launch at the Wallops Flight Facility located on the Atlantic coast of the US state of Virginia.