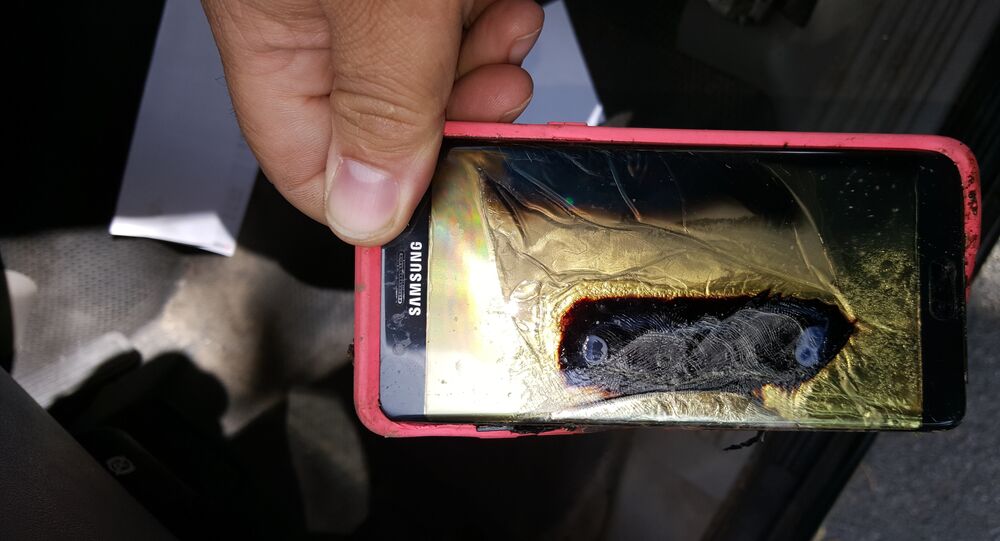 Internet users have been quick to respond to Samsung's Note 7 debacle with memes making light of the issue.

The controversy has led internet users to create scores of internet memes which make light of Samsung's calamity.

How to properly charge a Samsung Galaxy Note 7 #note7 pic.twitter.com/5K7ZuHSBdx

​​On September 15 Samsung recalled its Galaxy Note 7 handsets as a result of the faulty batteries. The manufacturer issued users with replacement handsets, only for some of those to go up in flames as well. As a result, on Thursday it asked global partners to stop sales of the smartphone, and recalled all Galaxy Note 7 units.

​​In the US alone 1.9 million handsets have been recalled, and the company received 96 reports of the lithium-ion batteries in Note7 phones overheating. It has received 13 reports of burns and 47 reports of property damage associated with the phones, the US Consumer Product Safety Commission reported.

​​As well as a refund, the manufacturer is offering customers the option to exchange their Note 7 for another Samsung smartphone, plus a $100 dollar credit bill from selected retail outlets, in the hope of retaining customers.

My friends and I huddled around my Samsung Galaxy Note 7… pic.twitter.com/NOE8BB8THf

The time to return your Samsung Galaxy Note 7 is now 😂😂 pic.twitter.com/h7E5FxQxjx

​​​On Friday the South Korean giant announced the discontinuation of the Note 7 is set to cost the company approximately $3 billion in the fourth quarter of this year, raising the total cost of the recall to at least $5.3 billion.

US Issues Safety Rules for Traveling With Recalled Samsung Phones