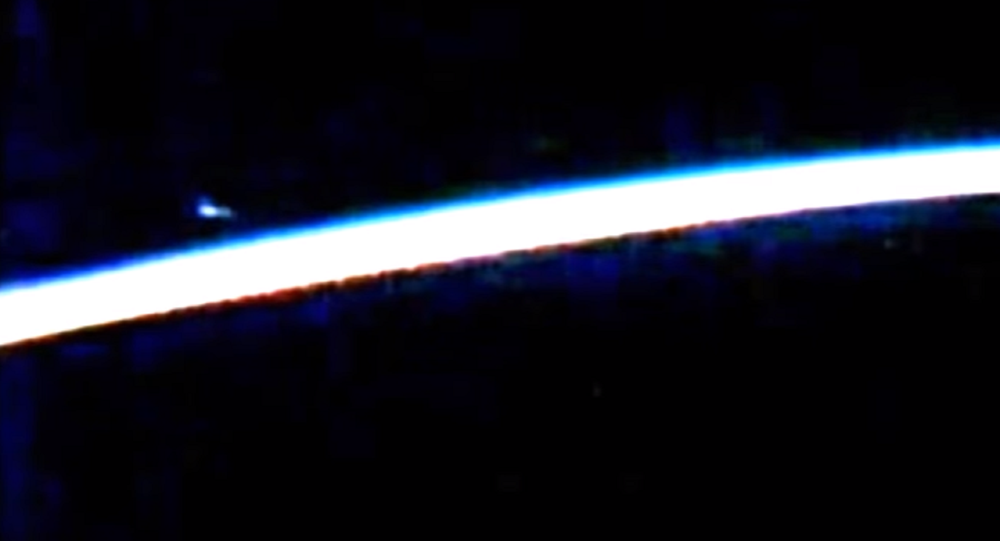 A video grab from the International Space Station’s HD Earth Viewing Experiment has sparked another round of UFO-hunter excitement, but this hoped-for visitor from Outer Space may actually just be a simple speck of dust -- an Unidentified “Fluffy” Object -- on the camera lens.

A video grab from the NASA feed was posted by popular YouTube ufologist Streetcap1 on Friday, and by Tuesday it had amassed over 600,000 views.

“Unidentified Object is brighter on the left side due to the light from the Sun, so not Lens Flare. NASA cut the camera feed so quickly even though this was very distant, but I still managed to get a couple of frames to enlarge,” the video description reads.

YouTube: Graphics King
Space X Rocket Explosion Likely Caused by Helium System, Not Mysterious UFO
In the video, a glowing white light appears before the feed is cut and the screen goes blue.

The fact that the signal stopped abruptly quickly led conspiracy theorists to cry foul on NASA, declaring that it was a coverup.

One commenter kept it short and sweet, writing, "good old NASA covering up.”

Others had harsh words for nonbelievers.

“Well done Streetcap1. Well done, indeed. We know the truth. We know why the feeds keep getting cut at these very 'convenient' moments. You're doing humanity a service posting this back up. Ignore the cynics talking about video quality. They're so f-----g stupid most of them don't know how to tie their own damn shoes, much less what the ISS even is,” another YouTube commenter exhorted.

Ian O'Neill of Space.com had a simpler explanation, determining that the object in question is an “Unidentified Fluffy Object,” likely a strand of fiber.

“Before the rising sun could illuminate the whole of the hair, revealing its true fluffy nature, the feed cut out and allowed the viewer to make up his or her own mind as to what it actually was. In the case of the tabloid press, this obviously meant ‘conspiracy’ and ‘aliens,’” O’Neill wrote. “In reality, it meant the camera needed a dust-off.”