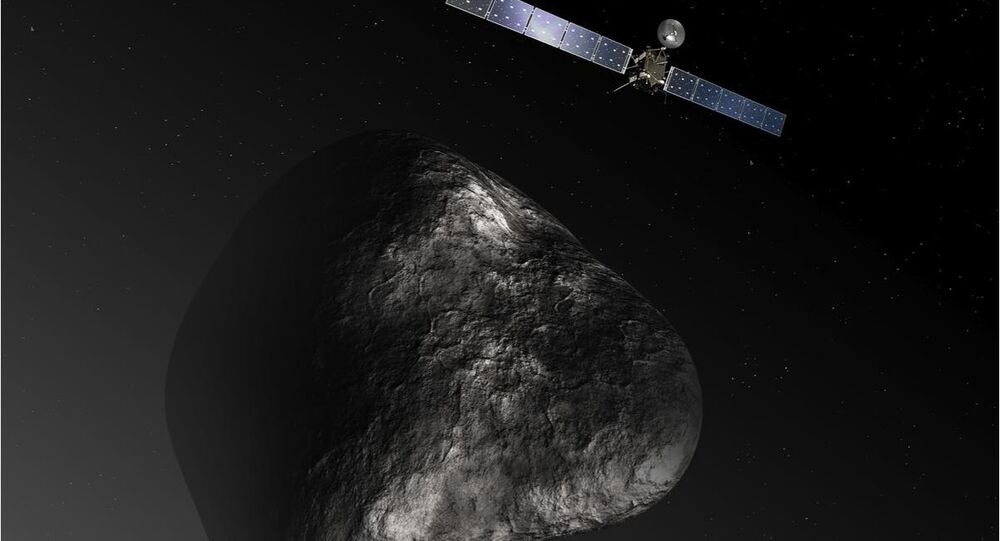 Next week will be an epic week of crash landing for the European Space Agency's (ESA) Rosetta mission.

Rosetta, which has been analyzing the comet, 67P Churyumov-Gerasimenko since it arrived at its destination in August 2014 and after 10 years of travel through the solar system, it will finally make a crash landing into the comet itself.

Between 29-30 September, operators of Rosetta will send directions to the spacecraft and it will then begin a 15 hour drop from a 12 mile height into the comet.

How much water vapour did #67P release over the past 2years? New #science result with data from 4 of my instruments: https://t.co/L15eetnPXn pic.twitter.com/ZV7HLqffzj

​As it descends the space craft will be able to make any last minute checks in gas and dust, as it gets closer to the comment these checks will be even more accurate. It will also take hi-res images of the comet's nucleus and the spacecraft will make its controlled impact into the comet.

Rosetta will fall at 30cm per second but this will be tripled by the weak gravitational field of the comet. Just before it impacts the comet, it will hit the surface at walking speed.

The ESA decided that it was time for Rosetta's mission to end because the spacecraft had become a piece of floating space debris. In addition to this the scientist wanted to have a closer look at the comet.

The space agency is expected to confirms Rosetta's final maneuver from Earth on September 30 at around 12:20 BST.

It's the BIG DAY on Friday

But for a LIMITED time only

I want her moved by 2099 pic.twitter.com/FL8bBWifES

​Rosetta will leave a lasting legacy, not only will it give valuable insight into the comet, the spacecraft was also able to find its missing companion, Philae. Philae had been silent for over a year, since July 2015. Rosetta was able to find the missing craft as it had become wedged between some rocks on the icy comet.