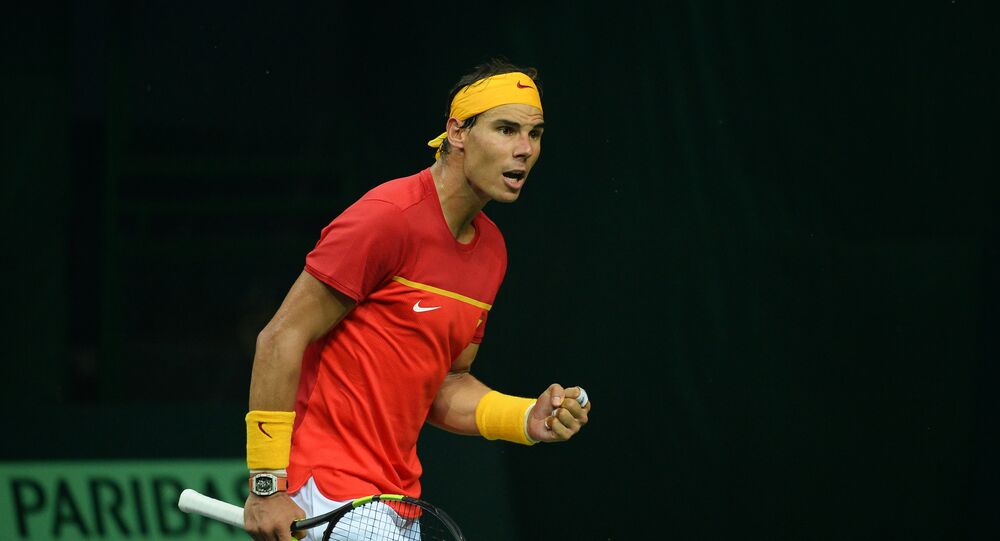 The hacking group Fancy Bears has released a fourth database batch of documents from the World Anti-Doping Agency (WADA), detailing additional athletes from Europe and the US who have used banned substances. World-famous Rafael Nadal is on the list.

One of the athletes featured is the American competition swimmer, Connor Jaeger, who specializes in distance freestyle events. He won a Silver medal in the men's 1500 meter freestyle at the 2016 Rio Olympics.

The database shows that Jaeger received a Therapeutic Use Exemption (TUE) in 2013 for the use of methylprednisolone and prednisone.

Methylprednisolone is a synthetic glucocorticoid or corticosteroid drug. It is marketed in the US and Canada under the brand names Medrol and Solu-Medrol. It is a steroid which is typically used for anti-inflammatory effects.

Ariana Washington another American athlete was using the same drug according to the released documents. Washington who is a sprinter represented the United States in the 4 x 100 m relay at the 2016 Summer Olympics in Rio de Janeiro.

According to Fancy Bears, Washington who is 20 years-old was taking methylprednisolone (Medroldose Pack).

Another American athlete, Brady “The Prospector” Ellison, an American archer who competes in recurve archery holds the record for the longest continuous period as the world number-one-ranked men's recurve archer, from August 2011 to April 2013.

He earned his nickname “The Prospector” during the 2015 world championships due to his proclivity for “finding gold.”

At the 2016 Rio Games Ellison won an individual bronze and team silver medals. According to the leaked documents Brady in 2008 received a Therapeutic Use Exemption (TUE) for the use of methylprednisolone. Just like the other three US athletes mentioned above.

Lauren Zoe Hernandez, a 16 years old American artistic gymnast competed as a member of the US women's gymnastics team at the 2016 Summer Olympics, winning gold in the team event and silver on the balance beam.

© Sputnik / Iliya Pitalev
Lawmaker: WADA 'Cannot Be Trusted' After US Athletes' Drug Taking Data Leak
She too used methylprednisolone according to the leaked documents by the Fancy Bears.

Rafael Nadal is a Spanish professional tennis player currently ranked world No. 5. In Rio 2016 he won one gold medal in the Men’s double.

According to the leaked documents, Nadal received Therapeutic Use Exemption (TUE) in 2009 for the use of betamethasone and in 2012 he used corticotrophins.

Alexandra Mary L. Danson who is an English field hockey forward and won gold medal in Rio 2016, was also on the list.

Callum Skinner is a British track cyclist. He won the silver medal in the individual sprint at the 2016 Summer Olympics, and was a member of the British team that won gold in the team sprint.

He was prescribed the dosage of salbutamol and prednisolone.

The most successful British track athlete in modern Olympic Games history, the 2012 and 2016 Olympic gold medalist in both the 5000 m and 10,000 m Mohmed Farah is also on the list of the Fancy Bears.

He received Therapeutic Use Exemption (TUE) in 2014 for the use of morphine sulphate and Vicodin. In 2008, he was using triamcinolone.

Triamcinolone is a long-acting synthetic corticosteroid given orally, by injection or by inhalation.

“It appears that in sport, such drugs are taken under special schemes so that they don’t damage [the athlete’s] health. The drugs give athletes an advantage in sports that require them to endure intense physical activity,” Moscow State University pharmacologist Nikolai Korobov told RIA Novosti.