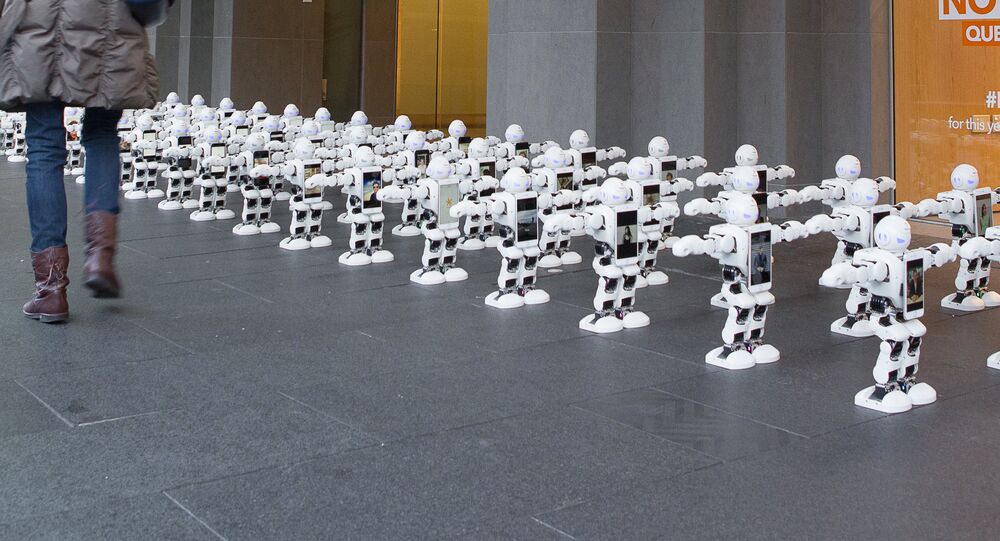 Smart Moves for a Smartphone, Robots Dance While in Line for New Apple Device

From the mundane to the useful, Artificial Intelligence (AI) just got a bit boring after mini-robots got one step closer to experiencing one of the must infuriating pastimes for humans - waiting in line.

Well, some people around the world actually enjoy waiting in line but for those in New Zealand who didn't fancy doing it for hours to buy a new smartphone, they sent their robot friend instead.

Pro tip: Be a human being. Don't be a robot… Unless it's a dancing robot. #NPMGTweetLikeABoss @karvetski pic.twitter.com/CgwfDiackY

​These dancing robots in New Zealand were sent to save a space in a line in an Apple store ahead of the release of a new iPhone, their dance moves were controlled by an app.

​The dancing robots were created by Chinese company UBtech. Each bot was controlled by an app and fitted with cameras to live-stream the queue. ​Live-stream a queue? That does sound pretty dull, but not if it is made up of mini-robots all boogieing away.

Spark, one of New Zealand's mobile and broadband providers commandeered 100 Alpha robots to stand in line on behalf of some of its customers.

"We wanted to give our existing customers an experience of the atmosphere and excitement of the queue, without actually having to line up and wait it out until launch day."

The dancing robots not only saved the human owners' time but got them to be the first to purchase the smart devices.