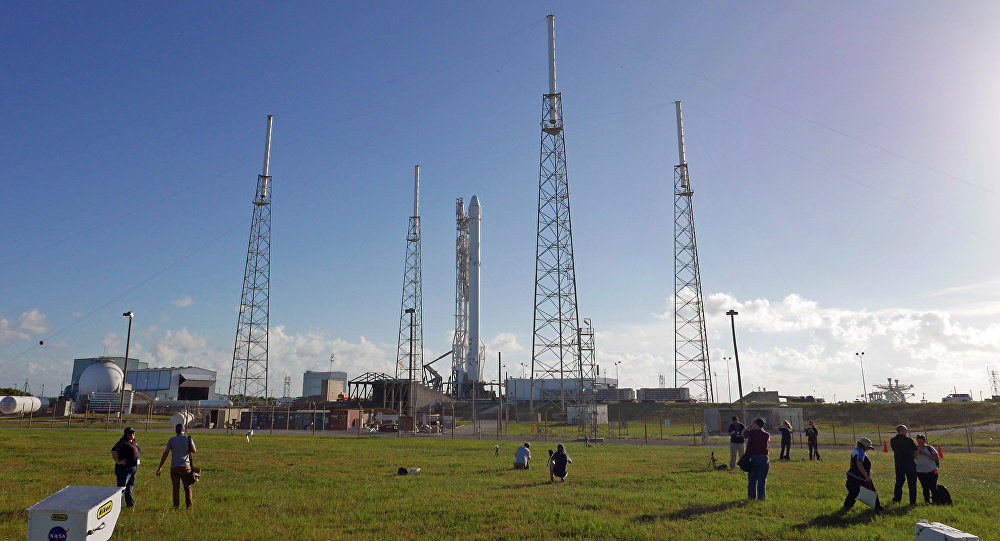 The SpaceX Falcon’s cargo transportation system is based on decades’ worth of space-launch research and development by the National Aeronautics and Space Administration (NASA) and is not a new commercial advance, former NASA administrator Sean O'Keefe told Sputnik.

© REUTERS / Twitter.com/GirlieToNerdy
SpaceX Falcon 9 Loss is 'Natural Risk' in New Tech Development - Ex-NASA Chief
WASHINGTON (Sputnik) — Commercialization of the space cargo industry has been on the drawing board for more than 15 years, since NASA realized it was too expensive to use the Space Shuttle to haul cargo to the completed International Space Station (ISS), O'Keefe explained.

"SpaceX is getting a significant marginal improvement out of existing technology capabilities," O'Keefe said. "It is not a new fuel, not a new technology lift capacity, but it’s using basically the same principles but on a more cost-effective basis employing major technology improvements – basically doing it the way NASA has done it for the last 40-50 years."

"If you think about how long this has been coming – and now we are talking about doing the cargo replenishment to the ISS – we have been working on this for the better part of 15 years and it has been a while in the making," O'Keefe stated.

The progress that SpaceX, the California-based company led by Elon Musk, has made in economizing rocket booster recovery is impressive, O'Keefe asserted.

"The idea of landing the boosters on a platform at sea is a big technology improvement," O'Keefe said. "SpaceX has figured out how to do that without the pain-in-the-neck logistical nightmare of recovering the boosters at sea, bringing them back in, and doing a big refurbishment and all that stuff."

As remarkable as SpaceX's innovations are, it is not ready to send humans into space atop its Falcon rocket, the former NASA chief said.

"Once you start talking about human exploration, now you are into NASA-land and it becomes the same challenge NASA has had from day one," O'Keefe stated.

Once people are inside a space capsule atop a rocket engine, the consequences become "real," he said.

On September 1, a SpaceX-built Falcon 9 rocket with a commercial satellite on board exploded during fueling on the launch pad at the Cape Canaveral Air Force Station in Florida. A cause for the explosion I yet to be determined, the company has said.