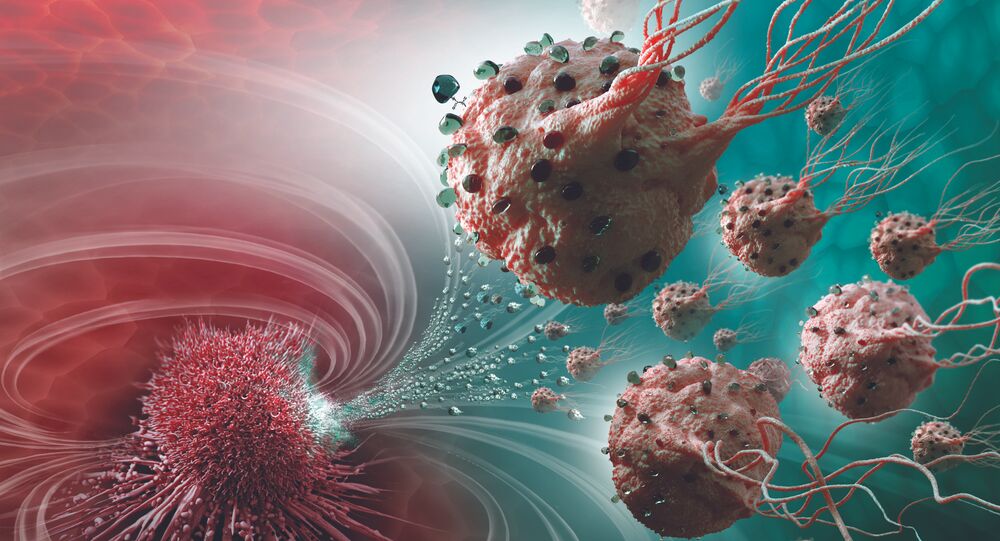 Nanobots are micro-sized mini machines that can build and manipulate precisely at an atomic level. Researchers in both Canada and Israel have just made breakthrough leaps in the use of nanorobotics for health treatment, and its kind of a big deal worldwide.

Think back to the classic Hollywood film "Inner Space," where actor Dennis Quaid's character, Lt. Tuck Pendleton is miniaturized into a submersible pod and shrunk to a microscopic size in order to travel inside a human body. Well that is exactly what nano-robotics is about, especially when it concerns medicine and health treatments.

TONIGHT, Lt. Tuck Pendleton will take an adventure unlike ever before! #Innerspace pic.twitter.com/n8nBsRbiZ7

The team of researchers based in Canada have reached breakthrough stages for nanobots to potentially revolutionize treatment of life-threatening conditions such as cancer, by enabling precise targeting of infected or cancerous cells from within the bloodstream.

By injecting micro-robot agents directly to areas of the body where treatment is required, it is said that this could minimize or even eventually completely remove drug-based treatments or chemotherapy, which are known to incur a range of harmful effects on the whole body.

The collaborating research team from Montreal University and McGill University in Canada has managed to prove that the science works with an innovative method of treatment using a chain of magnetic nano particles and allowing it to literally move in the direction of a magnetic field. A sensor is said to enable the focussed treatment to reach and remain in infected or even tumor-ridden regions inside the body.

This could also pave the way for artificial micro machines working straight to the root of a range of medical conditions including even minor ailments such as headaches or cramps.

Research teams in Israel have also been working on methods of medical treatment using nanotechnology and they have come up with what is in effect mind-controlled navigation methods.

In their stages of tests, they have managed to successfully use the power of a persons thoughts to be able to administer nanotech treatment, and this time specifically for a range of brain disorders such as schizophrenia, ADHD and quite possibly, also for depression-related conditions.

© Sputnik / Aleksandr Kondratuk
Russian Nanotech for Cancer Diagnosis to Begin Trials in 2018
According to the Journal study, produced by the research team in Israel — titled "Thought-Controlled Nanoscale Robots in a Living Host," their methods automatically enable the release of a drug when it is needed, just by a person thinking about it.

For people with conditions such as schizophrenia, where an episode could require immediate medication prior to escalating further, this method is ingenious and it could even be adapted to a range of broader medical conditions such as for diabetes or asthma patients, where instantaneous preventative treatment is demanded.

Further international developments in these exciting areas of medical science and tech certainly prove that we are living in times where reality is getting much closer to what was once only imagined in science fiction.

Russian Nanotech for Cancer Diagnosis to Begin Trials in 2018