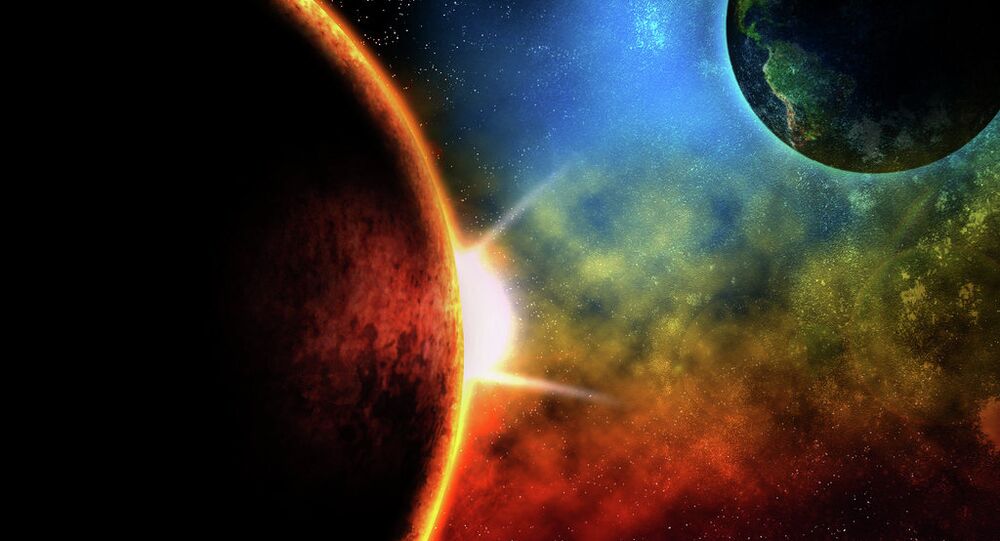 A number of countries are looking to make the giant leap on behalf of mankind when it comes to the space race journey to Mars, but who will win the race? And is the ultimate mission to do more scientific research or settle and colonize the red planet?

There have been more than 50 missions to Mars over the last decade, which included orbiting and landing rovers and currently there are at least seven significant, unmanned missions operating on or around Mars that cite scientific research and advancement as the primary focus.

Mars is also said to exhibit many Earth-like properties, causing further interest from scientists and space agencies to imagine whether life could possibly thrive on the planet.

"Mars gets referred to as Earth-like in some ways, but it is certainly very much un-Earthlike when it comes to being able to inhabit the red planet," David Baker, editor-in-chief of Spaceflight magazine who has over 30 years of experience in the aerospace industry, told Sputnik.

© NASA . JPL-Caltech
A microphone is being added to the 2020 rover's laser-firing SuperCam. Another stand-alone "workhorse" microphone will be mounted on the front starboard corner of the rover to listen for sounds emanating from the wheeled Mars vehicle.

"It has a thin atmosphere and is totally carbon dioxide. Earth has the ozone layer which protects it from harmful UV and solar radiation, whereas on Mars there is no such protection. You would have to develop habitats that take you completely underground or cocooned from the atmosphere to stand any chance of surviving, and even getting to that stage would require much logistical impossibilities," he added.

Commenting on the competitiveness between space agencies and whether he felt the race to Mars was a politically motivated one, Baker told Sputnik:

"You may find that it is more of a competition between commercial companies as opposed to merely just countries. Orbital ATK and SpaceX have recruited specialists from the world of space tech to work on a number of adventurous missions. They are also contracted to build new rockets and technology that would get purchased by space agencies such as NASA and others."

Thanks for the longstanding faith in SpaceX. We very much look forward to doing this milestone flight with you. https://t.co/U2UFez0OhY

Speaking about the political factors that can be at play in the space race to Mars, Mr Baker told Sputnik:

"Historically, many of the world's super powers such as China and India used space exploration missions almost like a propaganda tool to demonstrate ideological power. Looking at projects like some kind of technological virility symbol in order to encourage national and international traders and investments. It was also a call for allegiance for the public to recognize nationalistic pride in an international arena."

It certainly looks like the next few decades are going to be quite busy when it comes to exploration and conquering of Mars.

Mr Baker added a pragmatic perspective whilst discussing the race to planet Mars:

"Rocket science and space exploration tech is probably the highest achievement of all technological development on earth. But when speaking about the future, it is easy to get carried away with possibilities and plans with a kind of 'rabbit-in-the-headlights' response. To colonize a mighty planet such as Mars may just be impossible in reality."

Life on Mars? Six Volunteers Spend Year Discovering What It's Like