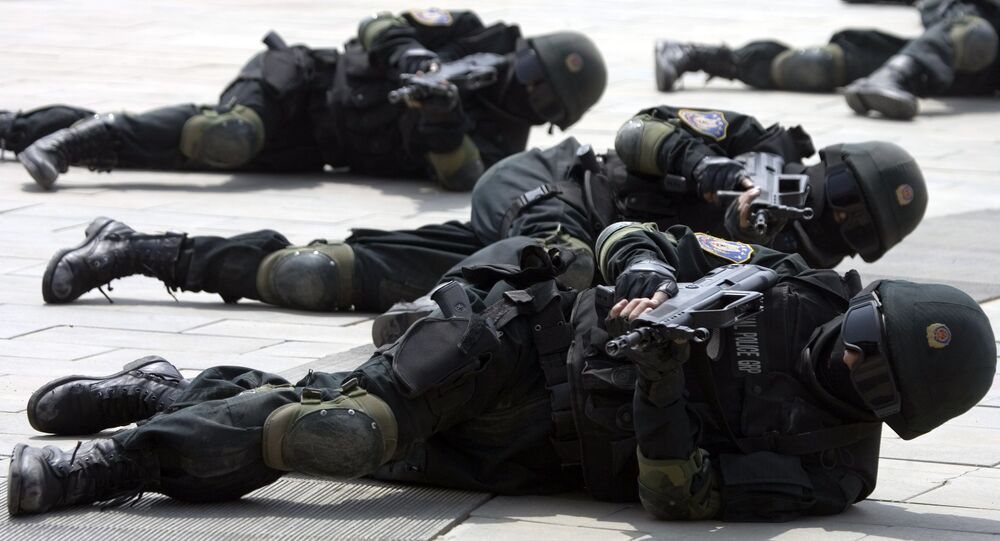 TESS, which stands for Tactical Engagement Simulation System, is a complex system which basically allows soldiers to undergo training without shooting each other to the death. Instead, the system incorporates eye-safe laser emitters and body armor detectors. But TESS is a bit more sophisticated than your average laser tag game: an instrumentation and tracking system allows for detailed after action reports.

The system, which will be supplied to the General Tadeusz Kosciuszko Military Academy of Land Forces (Wyzsza Szkola Oficerska Wojsk Ladowych) (WSOWL) in Wroclaw, Poland, can simulate a wide range of live fire engagements, including simulation various types of ammunition and an elaborate set of combat statuses, such as kill, injury, near miss or even artillery fire.

The system blocks weapon of a "killed" fighter, disabling them from taking part in following action. The laser beam also transmits additional data to the sensor, such as name of the killer which is useful for after action analysis.

TESS is not limited solely to humans, providing simulation of engagement of vehicles. Each entity can be tracked in real time via GPS and system's own 320-380 MHz frequency band, with refresh rate of some 5 seconds.

The value of order, the first in a two-year agreement between Saab and Polish Armed Forces, is not disclosed.