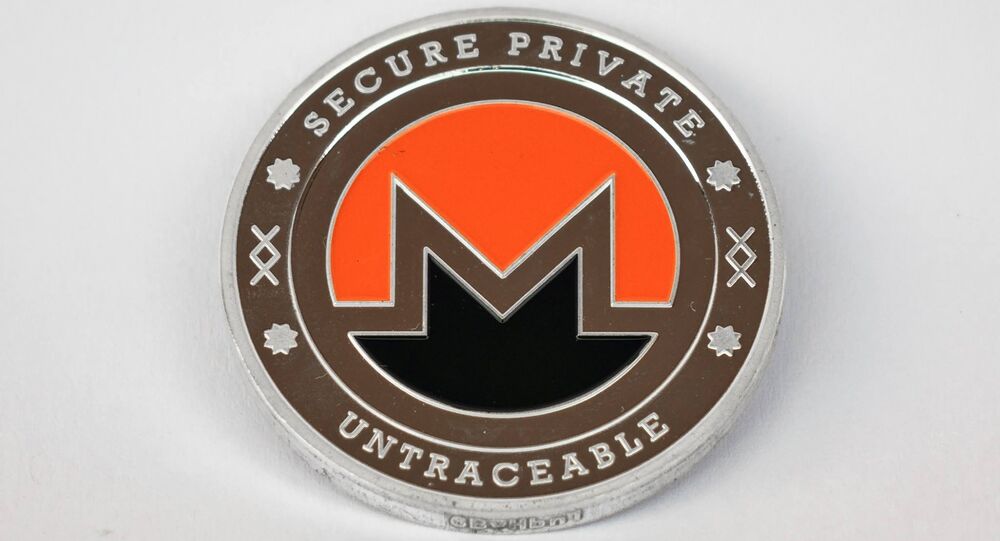 There are currently around 600 cryptocurrencies, but Bitcoin still dominates the market, founder of MacroDigest.com Dr. Garrick Hileman told Radio Sputnik.

​"The next closest cryptocurrency, Ether, is about a tenth the size of bitcoin in terms of its market value," Hileman said.

A rival cryptocurrency, Monero, has gained acceptance among some large black markets on the dark web, an encrypted network which hides the identity of users and website providers.

Monero and another cryptocurrency, Darkcoin, claim to offer enhanced anonymity and privacy for users. Nevertheless, the greater liquidity and larger number of transactions of the more established Bitcoin already present significant difficulties in tracking its transactions, Hileman said.

"Bitcoin is still really the coin of the online dark web, it's still preferred currency for ransomware and many other illicit activities, so it (Monero) does represent a competitive threat to Bitcoin."

Riccardo Spagni, core developer of Monero told Radio Sputnik that the new cryptocurrency is "as safe as houses," and all transactions made using the money are unlinkable and untraceable.

​Spagni explained that Monero uses different cryptography from that of Bitcoin, and doesn't share any of the same code. While both Monero and Bitcoin are open source, their "scaleability" is different.

"With Bitcoin and some other cryptocurrencies there is a limit on the maximum size of a block. With Monero, there is a dynamic limit that grows as Monero is used more, and so from a scaleability perspective Monero behaves slightly differently."

"Then there is the transactional unlinkability and untraceability, which is fairly unique to Monero because it does so in a way that doesn't require active participants to mix transactions together," Spagni explained.

© Photo : Pixabay
Bitcoin Has Some Competition as New Online Currency 'Monero' Steps In
Spagnim said that for about two and a half years ordinary internet users have been using Monero as a way to store value, or move money across national borders. Dark Web payments using it are a relatively new phenomenon.

"There are lots of very simple use cases for Monero where people want to maintain some transactional privacy."

"Like any tool, it can be used for good and it can be used for bad. I think regulators understand that privacy use cases aren't always bad. If, for example, somebody wants to buy a religious text in a country where it's not allowed, then a tool like Monero would enable that."

While regulators are wary of cryptocurrencies, Spagnim said that Monero offers a "view key" that would allow an auditor, or the police, to audit the Monero account without being able to spend its funds.

"It works quite well with old-fashioned police work, if they're worried about bad guys."