Moscow and Beijing are developing a new passenger aircraft with a super flight range. According to the manufacturer, the aircraft will compete with Western air carriers, Boeing and Airbus, despite the fact that the new project is currently not in high demand by the customers, according to AeroTelegraph. 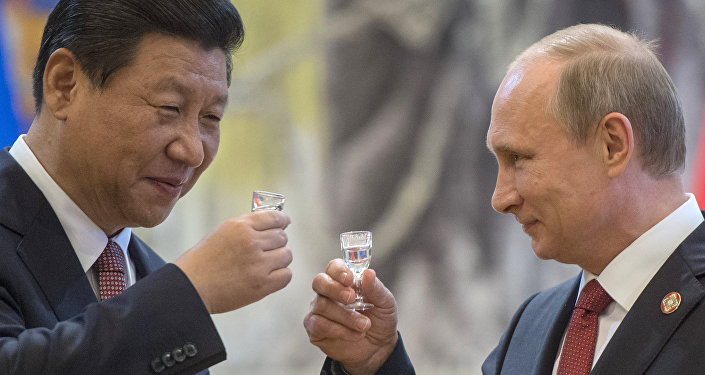 © Sputnik / Sergey Guneev
Towards an Alliance? Current State and Prospects of Russia-China Friendship
It has become known that the construction of the aircraft will take place in China, “closer to the markets,” Stephan Ayzelin wrote for AeroTelegraph.

The Russian United Aircraft Corporation (UAC) and China's Comac plan to create an aircraft with two jet engines which would be able to travel for more than 12 thousand kilometers and accommodate 280 passengers.

The first models of the jets will be sold in the years 2025-2027. According to the report, the preliminary cost of the aircraft will be 200-260 million dollars.

Talks between China and Russia regarding the creation of such an aircraft have been ongoing for a long time.

In June 2016, the two countries signed an agreement to start work on the project. The United Aircraft Corporation and Comac decided to manufacture the aircraft in China, in the suburbs of Shanghai Pudong, justifying this “closeness to the most important export markets.”

© AFP 2019 / BRENDAN SMIALOWSKI
Boeing Ready to Design Next Generation of US Nuclear Missiles
Thus, Beijing and Moscow are seeking to compete with two main rivals: Airbus and Boeing companies.

Until now, Russia and China had only aircraft of medium and low flight distances; hence the new aircraft is designed to compensate for that.

“However, for the production of the aircraft there will be a need for Western technology, till the time that Russia gets sufficiently powerful engines. Till then it will be supplied by Rolls Royce and General Electric,” according to AeroTelegraph.

The Russo-Chinese project may well prove to be successful and attract customers, including Western buyers, as it was evidenced by the example of the Sukhoi Superjet.

However, most of the orders come from “close to the Russian state airline,” the demand for them is not very large, even in developing countries. That is why Moscow and Beijing may go to lowering the prices.