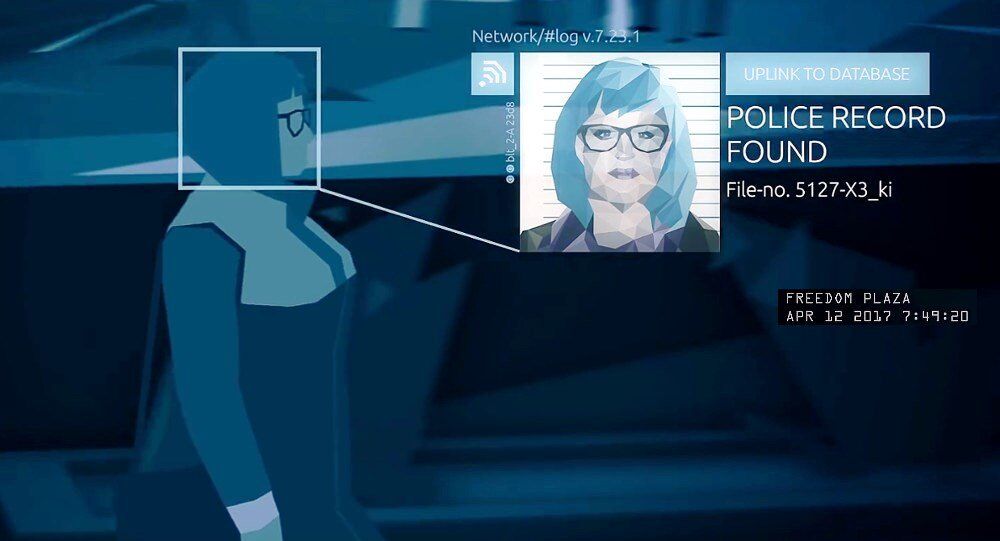 It's been two years in the making already but the producers of a new "privacy invasion thriller" are still tweaking the finer and "immersive details" to a new game. It's not 1984 - but you are Big Brother.

© CC0 / Pixabay
The New Big Brother: How Social Media is Creating an 'Orwellian' Society
"We are working very hard on making is a complete and immersive experience for our players," a spokesperson from Osmotic studios told Sputnik.

Osmotic are behind a new game called Orwell.

Cast as yourself, you are recruited by "The Nation" to join a secret new security program called "Orwell." Here, you gain access to any information necessary gleaned from the Internet and the private files belonging to anyone suspected of carrying out a terrorist attack. You must choose what information to pass onto intelligence officers — and what to hold back.

Our @Mel__Tea is at #gamescom2016. She knows EVERYTHING on @Orwell_Game in case you want to know! #indiedev #gamedev pic.twitter.com/ic1d0PAWTq

The game pushes the buttons of society's privacy invasion agenda and is described as a "privacy invasion thriller." Sputnik asked Osmotic if the game is intended to reflect the reality of surveillance society — or show how effortlessly people can be watched by Big Brother?

"The latter is probably more accurate regarding the intention of the game," Osmotic spokesperson told Sputnik.

"It is completely fictional, although of course it is supposed to reflect certain aspects of modern society such as the constant urge of people stalking other people online and judging them by their social media profiles without knowing much about them," he added.

"Regarding big brother — we don't know more about the NSA or other government agencies than anybody else. This is simply how we would imagine a user-friendly, crowdsourced version of a "big-brother-esque" spying software."

"It is rather the first assumption of the government investigators and the media in the game [that the event is terror related.]

"This is something that happens in reality often as well, even if attacks of any sort are not yet proven to be terror attacks," Osmotic spokesperson told Sputnik.

The developers behind Orwell intended on keeping the events in the game as "close as possible to things that move us nowadays."

"It should be something people care about and relate to; otherwise the emotional experience would be very different. On a whole, the themes and events in the game are very serious and close to reality and terrorist attacks unfortunately are part of our reality too."