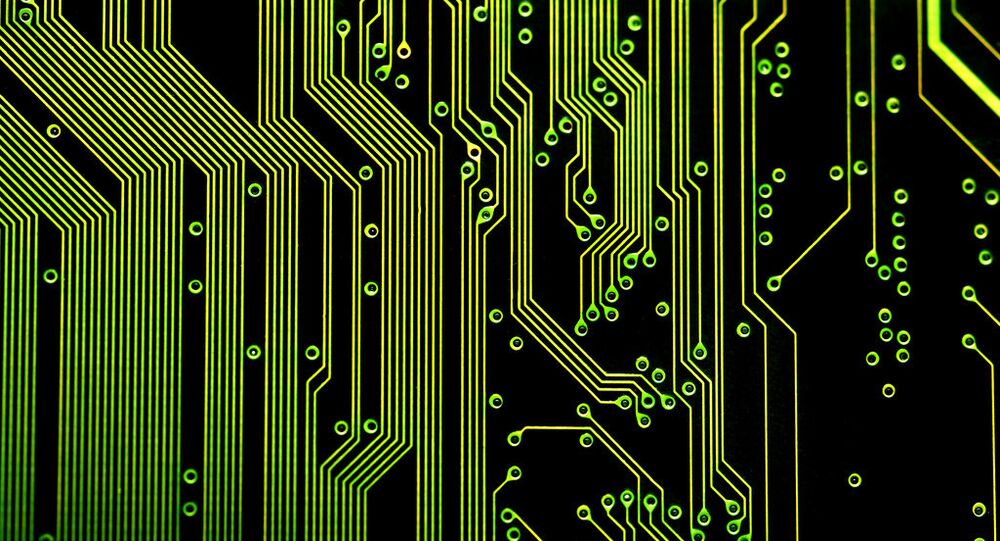 Russian scientists have discovered a new kind of silicon nanoparticle which may pave the way for a revolution in computer chip technology.

© Sputnik / Yuri Streletc
Russian Scientist and Team Create Microchip to Replace Laser
Scientists from the Moscow Institute of Physics and Technology (MIPT) and ITMO University have created new silicon nanoparticles which can be used to quicken information processing, RIA Novosti reported on Monday.

"Today's optical fibers are able to transfer information at record speeds of hundreds of gigabytes per second. However, silicon electronics do not allow such fast information processing. The creation of a nonlinear optical antenna will allow us to solve this problem, and pave the way for ultrafast processing of optical information," said Denis Baranov of MIPT, one of the authors of a paper published in the ACS Photonics journal.

The scientists used conventional silicon to create a nanocrystalline silicon nanoparticle, configured to act on beams of light of a certain wavelength, intensity and duration. In their experiments, the electronic plasma inside the nanoparticles showed an ultrafast reaction to short and intense pulses of light.

The scientists say the particles might be used as to form optical nano-antenna for information processing in future generations of fiber-optic communication lines and computer chips.

"Our work lays the foundation for developing ultracompact and ultrafast all-optical signal processing devices," the scientists wrote in their paper.

© Photo : mipt press sevice
Pump–probe experiments with resonant silicon nanoparticles and report on dense optical plasma generation near the magnetic dipole resonance with an ultrafast (about 2.5 ps) relaxation rate
While optical fibers, using light particles, send data over the internet at super-fast speeds, when the data reaches our computers it slows down to be converted to electrons. The silicon-based microprocessor chips used in today's computers use electrical circuits to communicate with one another and transfer information.
© Photo : Jeongmin Hong, Jeffrey Bokor
Move Over, Moore's Law: New Magnetic Chips Offer Computer Processing With One Million Times Less Energy
Moore's Law, first described in 1965, holds that computer processor speeds will double every two years as the number of transistors on a microprocessor doubles.

However, in recent years advances have become limited by the amount of electricity needed to power the ever-increasing number of transistors which transfer data, leading scientists to seek alternatives such as light-based or quantum computing.