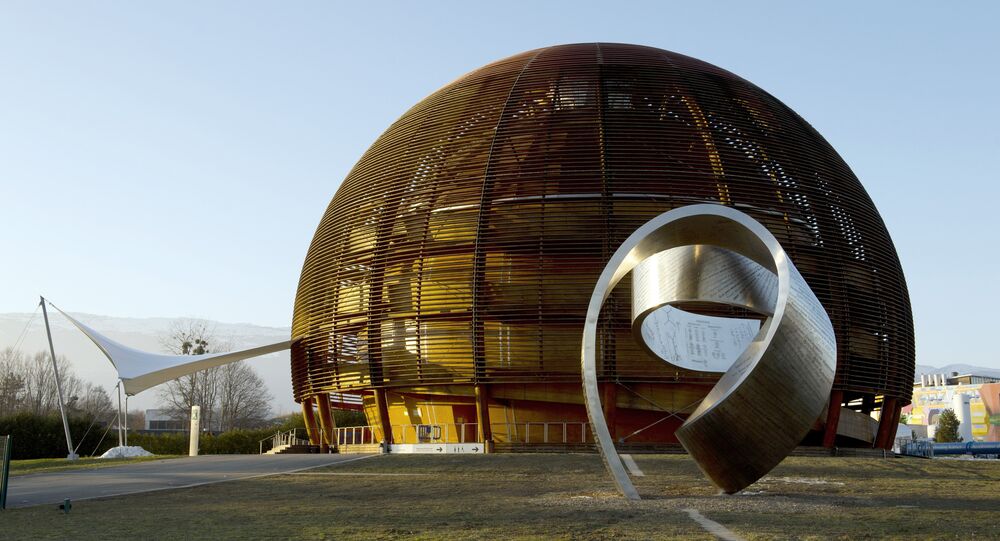 CERN, one of the most ambitious scientific projects ever constructed, has inspired its share of conspiracy and end-of-world theories. A video prank currently under investigation probably won’t help matters.

The European Organization for Nuclear Research, or CERN, operates the world’s largest particle accelerator. Since the Large Hadron Collider’s (LHC) initial completion in 2008, the enormous machine has spawned fearful accusations that it will create everything from a portal to hell to an Earth-swallowing black hole.

While neither scenario is scientifically viable, a recent video posted online certainly won’t comfort those convinced that CERN has nefarious intentions.

The video, apparently filmed on the organization’s campus in Geneva, Switzerland, shows a number of individuals wearing hooded black cloaks performing a ritual before a statue of Shiva, a Hindu deity.

A woman lies on the ground and is then "stabbed."

CERN has launched an investigation into the video.

"These scenes were filmed on our premises but without official permission or knowledge," a spokeswoman told Agence France-Presse.

"CERN does not condone this type of spoof, which can rise to misunderstandings about the scientific nature of our work."

The perpetrators of the spoof are unknown.

"CERN IDs are checked systematically at each entry to the CERN site whether it is night or day," the spokeswoman said.

"CERN welcomes every year thousand of scientific users from all over the world and sometimes some of them let their humor go too far. This is what happened on this occasion."

The investigation is currently being treated as an internal manner without the involvement of the Geneva police.