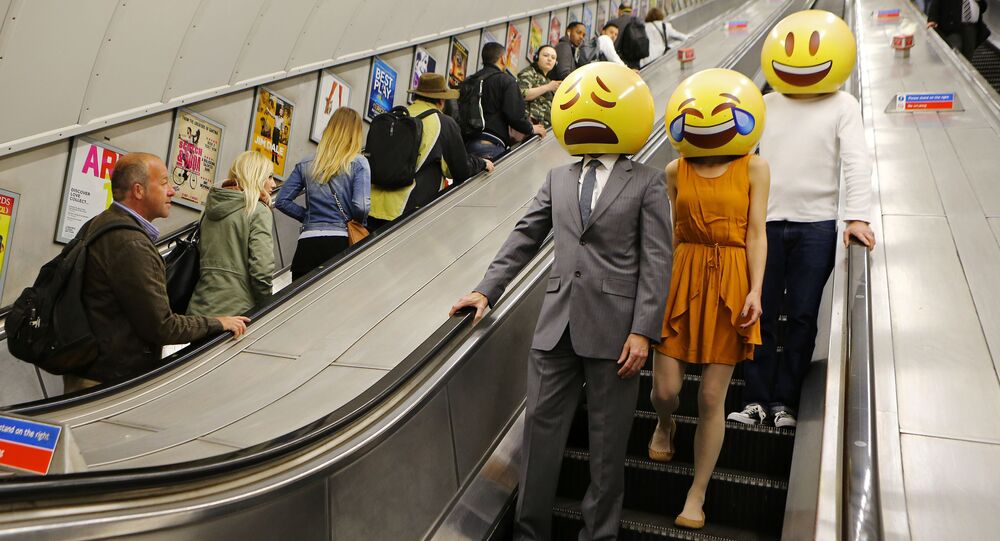 It comes with a warning for any potential epileptics and just looking at it can make you feel dizzy - but if you're into emojis, it's pretty cool. If you're not, then this data visualization project is not for you.

​But for all those emoji lovers out there, you can see for yourself what the most popular symbol is — in real time.

It's like smiley faces meet the Matrix. ​The Emojitracker has been created by Matthew Rothenberg who describes himself as an "Artist and hacker."

Meanwhile a creative agency in Australia has tracked the use of emojis across Australia — in real time.

The Works based in Sydney is tracking the top 50 live emojis in every state, even listing which emoji the nation likes to use the most.

"It's the natural evolution of the language…In the same way as we have regional dialects, we are seeing evidence of regional use of particular emoji," ​Douglas Nicol, a partner in the agency said.

It's not a hugely surprising development since the Oxford English Dictionary declared "emoji" the word of the year in 2015. It was only a matter of "real-time" before its prevalence was mapped.

TIL — The ’face with tears of joy' emoji is the Oxford English Dictionary word of the year. #Really? pic.twitter.com/AwNVhUpDCo

'Pulse Of The Nation'

Dubbed the "daily emotional pulse of the nation," the real time tracker hopes to "understand emoji use in Australia."

"This is not a bastardisation but the next evolution of how we communicate. Language never stops evolving which is a good thing," according to The Works.

"This [emoji] is not new but a continuance of expressing oneself through the power of myth as expressed by Joseph Campbell and Shakespeare."

Apple to Launch New Emojis as Part of Diversity Push