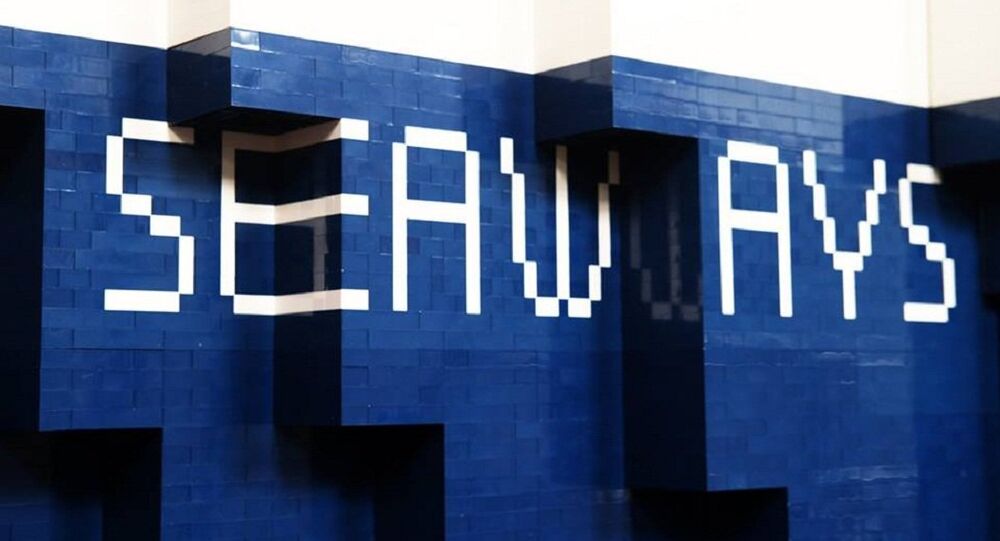 Danish shipping company DFDS hopes to enter history as the company presents its bid for the world's largest Lego ship.

© Flickr / (vhmh)
Child’s Play? Lego Turning Violent in Toy 'Arms Race'
The 12-meter long ship consists of around a million Lego bricks. All employees helped to build it on the occasion of the company's 150th anniversary, which will be celebrated this year, Danish TV-channel TV2 reported.

"Although we are a big company with nearly 7,000 employees in 21 countries and on board a number of ships, we all have participated with great commitment and creativity. We are proud to have created this great bid for a world record with fingerprints of our employees from all locations," DFDS CEO Niels Smedegaard told Danish news outlet Søfart.

DFDS' employees from all of the company's offices and ships jointly built the Lego ship presented to the public. The goal was to make it in to the Guinness Book of Records.

Naturally, building the world's largest Lego ship required a lot of free hands, cooperation and coordination. This task unified DFDS employees during the summer, as the effort combined numerous ships and offices, which were kept busy assembling the ship.

© Flickr / Joe deSousa
Denmark to Feed Ships With Veggies to Cut Down on Fossil Fuel
Boxes of bricks were delivered to all DFDS offices, terminals and ships in the fleet, whereupon the ship was assembled section by section from bricks in white and blue, DFDS's corporate colors. Some of the parts were subsequently sent to Scotland, where the ship was assembled with the help of professional Lego builders.

The ship floats and after a tour around Denmark it will head to the Tall Ship's Races in Blyth, England.

The project was supported by the Lauritzen Foundation, which as part of DFDS annually spends up to 30 million DKK (roughly 5 million dollars) on projects with social, cultural, educational and maritime focus.

Today, the ship will be in Copenhagen at a launch ceremony, attended by DFDS chairman Bent Østergaard along with director of the Lauritzen Foundation, Inge Grønvold, who will jointly baptize the ship at the DFDS Terminal.

DFDS originated in 1866, when its founder Carl Frederik Tietgen presented his vision to bring together Danish steamship operators into a larger, more powerful company.

With the sun setting behind her, @DFDSGroup ARK DANIA leaves the Humber last Saturday pic.twitter.com/8BlvSZ9bk6