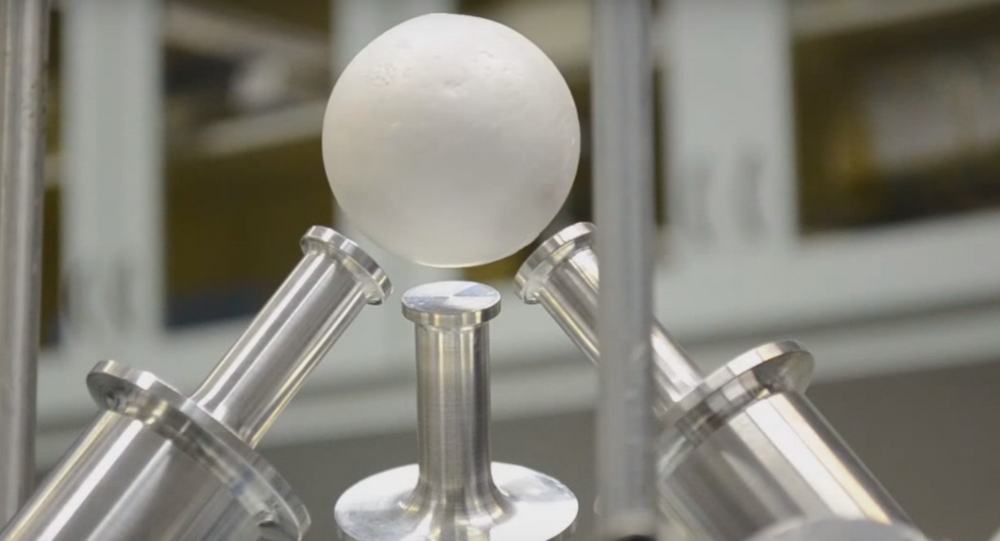 While the technology won’t be able to facilitate flying cars in the near future, scientists have successfully used sound pressure to keep an object suspended in midair.

Using opposing beams of acoustic waves, researchers at the University of Sao Paulo in Brazil and Heriot-Watt University in the UK managed to keep a 2-inch solid polystyrene sphere aloft. The opposing pressure created standing waves that keep the object in place.

"Acoustic levitation of small particles at the acoustic pressure nodes of a standing wave is well-known, but the maximum particle size that can be levitated at the pressure nodes is around one quarter of the acoustic wavelength," Marco Andrade, lead author of the study, told Phys.org.

"This means that, for a transducer operating at the ultrasonic range, the maximum particle size that can be levitated is around 4 mm."

The sphere used in the experiment, however was approximately 3.6 larger than the 14 mm wavelength.

"Consequently, we can levitate an object larger than the acoustic wavelength without any contact with external surfaces."

The sphere was levitated at a height of roughly 7 mm, but researchers hope that the technology could one day lift larger objects further.

"At the moment, we can only levitate the object at a fixed position in space,” he said. “In future work, we would like to develop new devices capable of levitating and manipulating large objects in air."