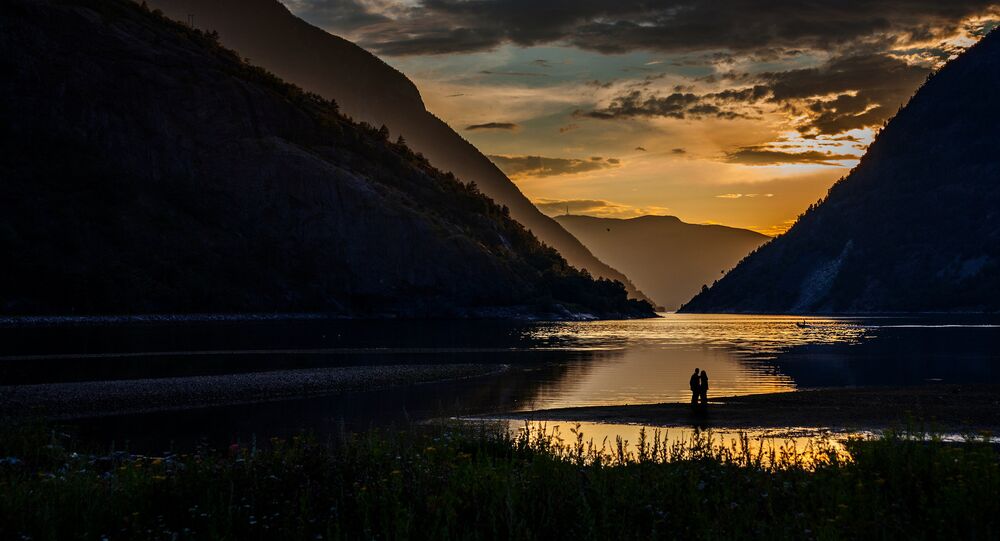 Norway plans to construct floating underwater tunnels to bridge its trademark fjords in a brave infrastructural project that at first glance may seem stranger than fiction.

© Flickr / Parlaba
Echoes of War: Norway Counting on NATO to Sweep WW2 Mines
Norway is renowned for its magnificent landscapes, which feature deep fjords and rocky mountains. In Norway, there are close to 1,200 fjords along the country's west coast, and many of them are celebrated tourist attractions. The downside of enjoying the scenic views they offer is that the 1,100 kilometer long route from Kristiansand in the south to Trondheim in central Norway takes 21 hours (given an average speed of roughly 50 kilometers per hour). The current situation also requires seven ferry trips to get across the fjords along the way.

As the beautiful fjords are notoriously difficult to bridge, Norway is considering using floating tunnels to solve the problem. Today, the Norwegian Public Roads Administration (NRPA) is bidding 25 billion dollars on the project to eliminate ferries and halve the travel time needed between the two cities, the Swedish national broadcaster SVT reported.

One of the proposals is to build a floating tunnel that lies partially submerged by icy fjord water. The tunnel would consist of two concrete pipes, over a kilometer long each, upheld by floating pontoons located approximately 20 meters below the surface.

"The Fjord Crossing project is spectacular and sexy. It is destined to become technological breakthrough when and if it will be built," says communications manager at the NPRA Kjell Bjørn Vinje told Norwegian broadcaster NRK, citing a great interest for the project among Norway's foreign partners.

© Flickr / GothPhil
Easy Come, Easy Go: Norway's Oil Capital Parts with Transient Enjoyments
Curiously enough, floating tunnels are considered a more viable option for Norway than regular tunnels considering the depth of the sea bed in solid rock, but there are still challenges ahead. Construction could interfere with ship traffic and requires therefore extreme precision from the engineers.

According to the report by the research bureau SNF, the project will establish an integrated labor market, stretching from Stavanger to Bergen with nearly 400,000 employees and yield an annual benefit of 10 billion NOK (1.2 billion dollars). However, full integration is a time-consuming affair and may take from 20 to 30 years. Paradoxically, the road project is also believed to help move more transport from road to sea, as a number of previously inaccessible ports will be linked with the road network.

Technically, the most complicated stretch is the crossing of the 3.7 km wide picturesque Sognefjord. The NPRA insisted that engineers might be able to bridge it, although economists are not sure of the cost.

If only our desks had a view like this #MondayBlues #NorwayinaNutshell #Sognefjord pic.twitter.com/y1yRQ5jelH

​Other remarkable options for spanning the country's numerous fjords include floating bridges and suspension bridges. As of today, Norway has got 1,150 tunnels, 35 of which go under water.