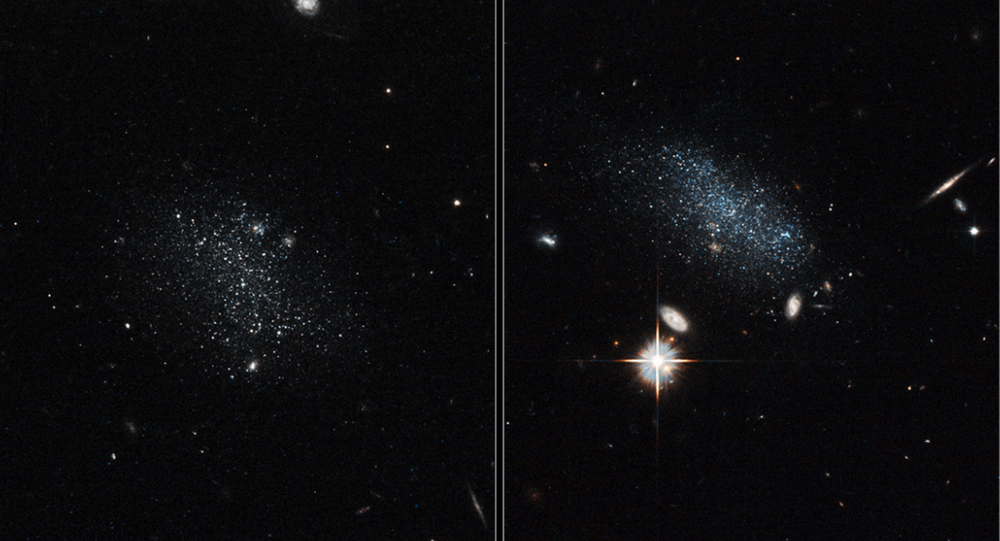 NASA has spotted a pair of dwarf galaxies that, after forming in relative isolation in relatively empty areas of space, have only recently entered a gas-rich environment suitable to star birth.

Containing only a few million stars, dwarf galaxies are the precursors to more fully-formed galaxies like our own Milky Way. Pisces A and Pisces B formed billions of years ago and, in theory, should have developed into larger bodies by now, but have not.

This is because the two galaxies rest in a patch of space stretching for 150 million light-years called the Local Void. Mostly empty space, this area lacks the resources needed to form new stars.

"These galaxies may have spent more of their history in the void. If this is true, the void environment would have slowed their evolution," Erik Tollerud of the Space Telescope Science Institute said, according to phys.org.

"…These galaxies seem to retain that more primitive composition, rather than the enriched composition of contemporary galaxies, due to a less vigorous history of star formation."

New images captured by the Hubble Space Telescope show Pisces A and Pisces B beginning to be drawn out of the void and into more populous regions of space. Receiving the gases necessary, both galaxies see an enormous growth in star birth.

That growth could begin to slow again, however, if the galaxies become satellites of larger galaxies.

"The galaxies could even probably stop forming stars altogether, because they will stop getting new gas to make stars," Tollerud said. "So they will use up their existing gas. But it’s hard to tell right now exactly when that would happen, so it’s a reasonable guess that the star formation will ramp up at least for a while."

Observations show that each galaxy only contains roughly 20 to 30 blue stars, indicating that they are fairly young, less than 100 million years old.

For the time being, Pisces A and Pisces B can provide scientists with valuable insights into the way the celestial bodies form.

"These Hubble images may be snapshots of what present-day dwarf galaxies may have been like at earlier epochs," Tollerud said. "Studying these and other similar galaxies can provide further clues to dwarf galaxy formation and evolution."