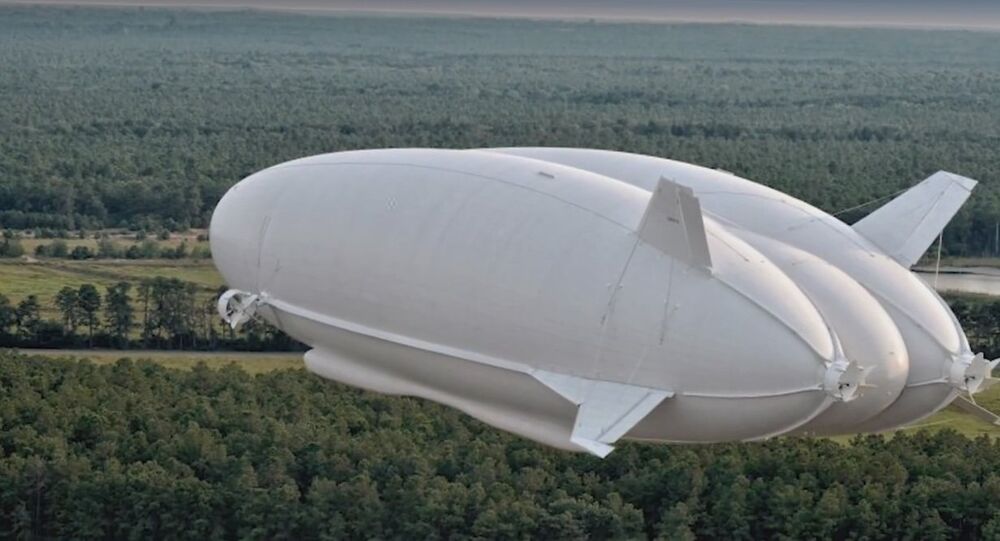 Airlander 10, an aircraft the length of soccer field and the height of a nine-story apartment building, has been towed from Britain’s largest airship hangar, in Bedfordshire, to prepare for its first flight.

The craft is considered the largest airship in history, essentially resembling three airships in one, with rotary engines and rudimentary wings.

The world's largest aircraft, the Airlander 10, left its hangar at Cardington, Beds for the first time earlier! pic.twitter.com/JRTCmGxB69

​Dubbed “the Flying Bum” for a bulbous leading-end shape reminiscent of a human derriere, Airlander 10 will undergo tests prior to going aloft later this month, according to Britain’s Hybrid Air Vehicles, the airship developer.

Congratulations to @AirVehicles for progressing to bring their Airlander 10 out early today for its last test phase pic.twitter.com/xrOT0aJFeZ

​“We’ll be taking it out to those places and seeing it do the job,” Stephen McGlennan, chief executive of Hybrid Air Vehicles told reporters. “With something like this, seeing is believing—we need to show people.”

© Photo : OJSC "Dolgoprudnenskoe Design Bureau of Automatics”
Russia Designing Fighting Blimps Aimed at Reducing Threat of US Cruise Missiles
Despite Airlander 10’s impressive size, it took just 30 minutes to tow the aircraft out of its hangar. Technical director Mike Durham noted that the airship’s first journey was “smooth,” and that “she behaved beautifully.”

The $32.5 million (£25 million) airship was in development for some ten years indoors prior to its presentation to the public: "Last week we successfully completed our final in-hangar all engines, all generators, all systems testing," Durham told the Mirror.

The Airlander 10 was initially designed as a reconnaissance vehicle for the US Army, but Americans sold their interest due to budget deficits. The airship was acquired by Hybrid Air Vehicles, which has converted the model to civil purposes, with the eventual goal of turning it into “a mainstream aerospace product.”

Driven by thrusters and propulsion, it is claimed to be some 70% cleaner and quieter than conventional jet aircraft, according to the developers. The airship can fly for five days and stay aloft for up to three weeks without refueling, Durham stated.

© Sputnik / Alexander Vilf
Battle Blimps: Russian Military Expands the Use of Airships
“In the past, no one really found a way to make airships a practical and economic product for people that buy aircraft.”

Under company projections, the airship will transport cargo and passengers, as well as provide mobile communications. Other possible applications include surveillance missions and data collection studies, for both military and civil purposes, such as monitoring refugee flows from the Middle East to Europe.

Hybrid Air Vehicles intends to construct twelve of the aircraft by 2018, some of which will be designed as transport vehicles with a capacity of 48 people, BBC reported.

5 Reasons Why Blimps May Yet Rule the Skies