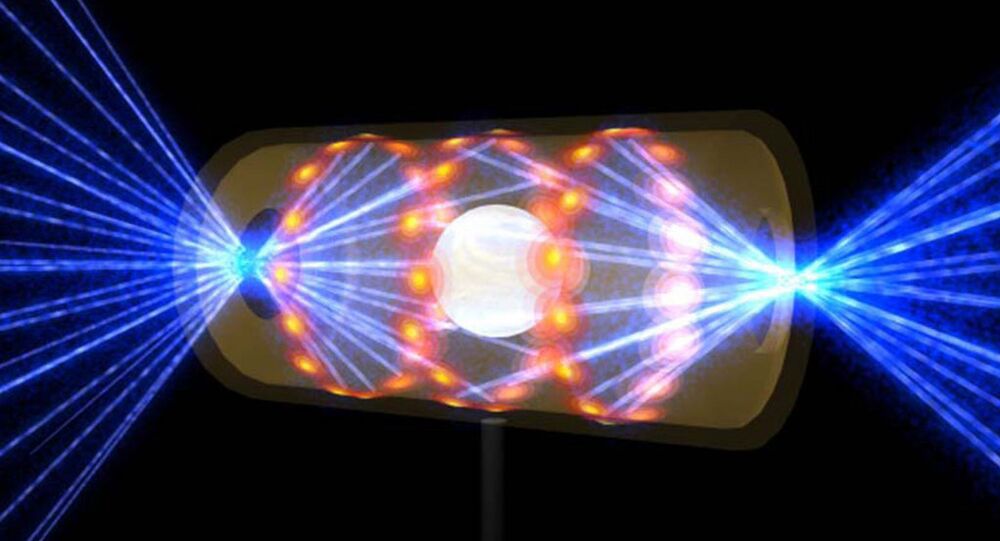 Discovery Made by Russian Scientists Will Help Stabilize Fusion Reactors

Research associates at the National Research Nuclear University (MEPhI) Department of Plasma Physics have made a discovery that will help protect fusion reactors from plasma damage, thus ensuring their reliable operation, the university press service said.

MOSCOW (Sputnik) — Thermonuclear units are designed to utilize fusion reactions, like those that occur on the sun, to generate electric power. If successful, the project will give humankind an almost inexhaustible energy source. The largest project in this area is the ITER international thermonuclear reactor, which is being built in France.

© Photo : ITER / EJF Riche
Iran Joins Project to Build World's Biggest Nuclear Fusion Reactor
One undesirable process that can occur at such plants is the so-called unipolar arc between thermonuclear plasma and the reactor's first wall. This can cause the destruction of the reactor wall and contaminate and cool the plasma, which is unacceptable in the case of controlled thermonuclear synthesis. The mechanism that generates unipolar arcs is not completely understood yet, so research related to this problem is a priority.

Interaction between the plasma and tungsten, which is part of the first wall of a fusion reactor, causes the metal surface to be covered with a huge number of filaments with a diameter of several dozen nanometers and lengths up of to one micron. Scientists call them tungsten fuzz.

Dmitry Sinelnikov, a research associate at the Department of Plasma Physics, on an internship program at Nagoya University in Japan, discovered that the emergence of unipolar arcs is followed by snowflake-like structures forming on tungsten fuzz. Additional experiments were carried out at the MEPhI department to ascertain how such structures predetermine the qualities of tungsten fuzz under the impact of high-voltage electrical fields. It turned out that these snowflakes largely influence the impact of an electrical field.

"Apart from their external beauty, snowflake-craters can help provide better understanding of the mechanism of the arc's movement across the surface," Sinelnikov said, as quoted by the press service.

The scientists believe that further study of this phenomenon will help prevent the occurrence of harmful unipolar arcs in fusion plants, thus helping ensure their stable operation.