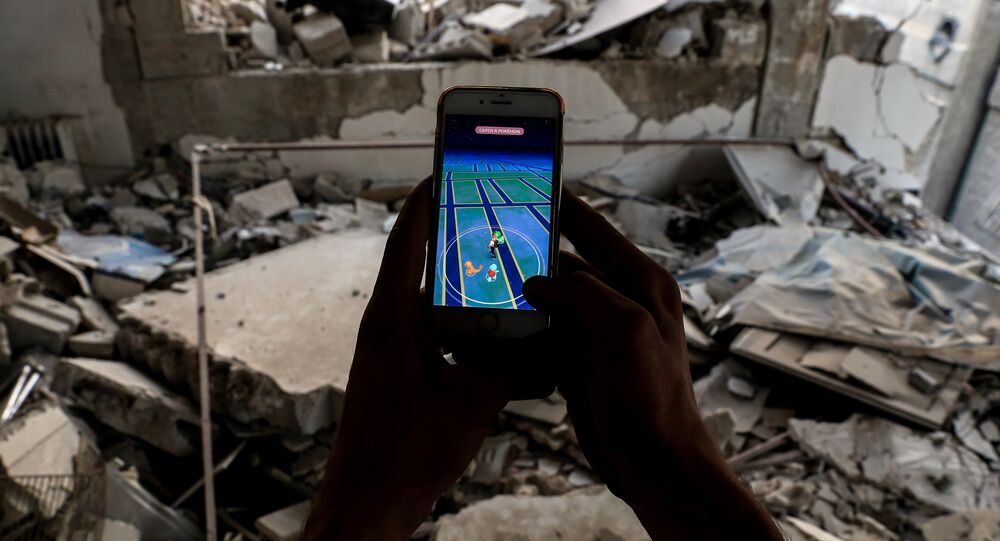 In order to escape the harsh realities and increased violence, children who have smartphones use the infrequent moments of silence, when the battle has stilled and the Internet is working again, to hunt for Nintendo's virtual creatures.

The battle for Aleppo, Syria's largest city and former commercial heart is pivotal during the Syrian civil war. The city has been a battleground since 2012, when it was stormed by rebel groups and divided into a western and an eastern half.

But the recently released and highly popular Pokemon Go game, has given the children of Syria new hope.

As they forage among the city rubble, those lucky enough to be able to play, work their way around the city and bombed-out buildings trying to catch the digital characters.

​Pokemon Go has bridged the gap for gamers between the digital world and reality. Living in a war zone, every day they seek to escape reality. Yearning for something different, the innocent souls of Aleppo use what little technology they have left in order to enjoy life again and bring back some level of normality to a life so badly damaged by a war they did not ask for or create.

The game is free to play; it operates on player location, randomly spawning Pokemon creatures as the gamer travels around in the real world. Nintendo creatures have been used over the past month on a number of occasions in Syria to convey human suffering in the country to the global multi-million player community.

It was only last month that artist Khaled Akil, used Pokemon Go characters within AFP's photographs documenting the Syrian conflict, to portray the everyday lives of the children in the war-torn country.

I wanted to contrast the fun of the addictive game with the oft-forgotten tragedy and horror of the civil war in Syria. @AJStream #AJStream

Heartbreaking. Children in Syria hold pictures of #Pokemon in the hope of being rescued. https://t.co/Y5DVGj2Mjg pic.twitter.com/7nc4WzUAmH