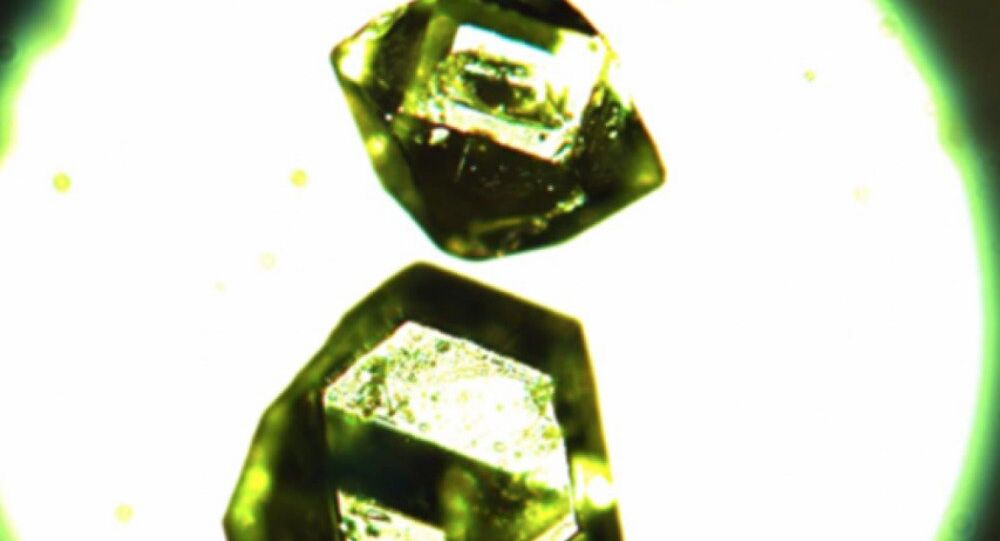 Russian and Canadian chemists made a surprising discovery: the natural analogue of a man-made polymer.

© Photo : pixabay
BYOW: Chinese Space Probe Confirms Water Does Not Exist on the Moon
The scientists have discovered that minerals called stepanovite and zhemchuzhnikovite, first discovered by Soviet geologists in Siberia in 1942 and 1963, respectively, exhibit structures similar to those of Metal-organic Frameworks (MOFs) – advanced synthetic polymers developed in the 1990s, according to a study posted in Science Advances magazine.

The porous structure of MOFs provides for a variety of possible high-tech applications, including the storage of gases such as hydrogen and carbon dioxide, along with gas purification and separation.

The discovery was in fact made by chance as Tomislav Friščić, an associate professor of chemistry at McGill University in Montreal, stumbled upon the description on minerals in a Canadian mineralogy journal and realized that their properties are similar to those of MOFs.

Seeking to confirm his theory, he eventually managed to come in contact with Sergei Krivovichev, a professor at Saint Petersburg State University, and Professor Igor Pekov of Lomonosov Moscow State University, who helped him obtain the original samples of two minerals and confirm his suspicions.

The researchers are now trying to find out if other, more abundant natural materials possess a similar porous structure and could be used for the same purposes as MOFs.