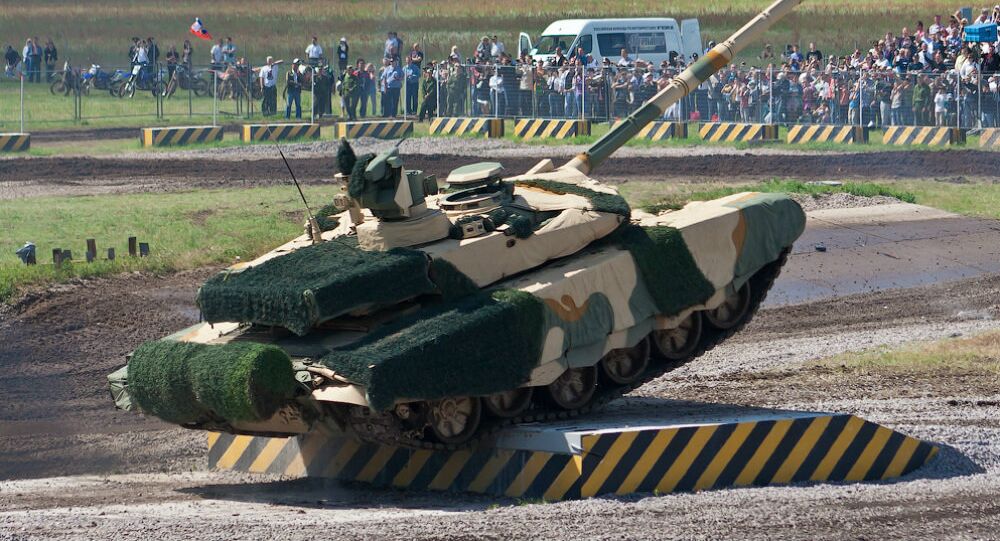 Russian scientists have developed a new fabric that promises to have the ability to make Russian military hardware much harder to detect for enemy electronic warfare systems.

© Sputnik / Vladimir Astapkovich
Russia's Nerekhta-2 Combat Robot to Be Presented in 2016
The new lightweight and highly flexible fabric, developed by the Rostec subsidiary JSC Ruselectronics, can protect the electronic equipment of armored vehicles, aircraft and surface-to-air systems from enemy electronic warfare capabilities and at the same time masque the electromagnetic emissions of the hardware it is applied to, making it harder for the enemy to detect.

"This material is designed for protection against electromagnetic emissions ranging from 0.5 GHz to 50 GHz. The material also helps decrease the level of the electromagnetic field to 10-30 dB (emissions reflected from the fabric) and up to 100 dB (emissions passing through the fabric), helping to ensure the resilience of radio-electronic equipment against electromagnetic interference. The material can be used to protect the electronic equipment employed by ground and naval forces, and to help ensure the well-being of personnel stationed at facilities with high electromagnetic radiation field levels. The fabric can also be used in medicine – for example, in areas with diagnostic, therapeutic and decontamination equipment," the company officials explained.

The officials were reluctant, however, to delve further into the exact technical characteristics and composition of the fabric, citing the need to preserve the commercial secret.