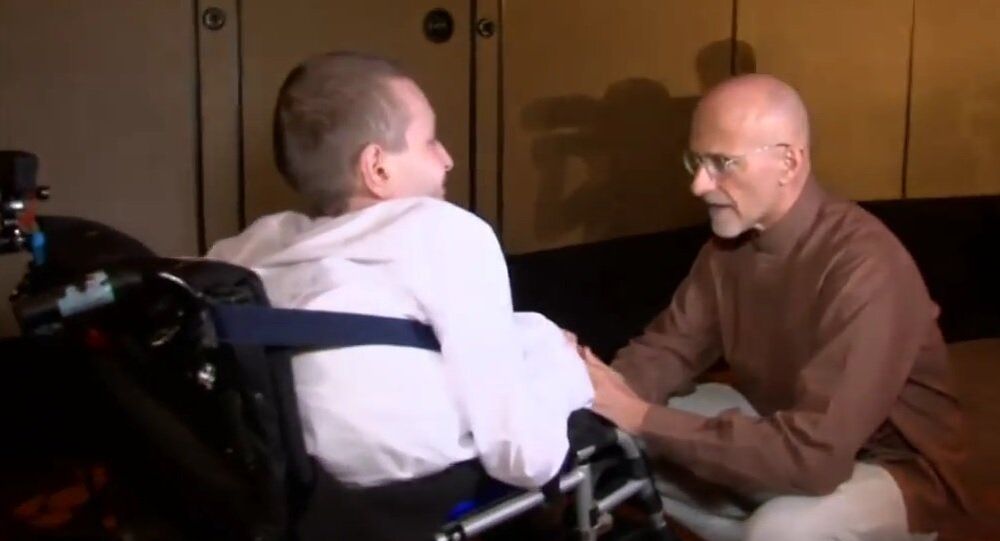 © Sputnik / Kirill Kallinikov
HEAVENly Surgery: Details of First Human Head Transplant Revealed
MOSCOW (Sputnik) — Italian surgeon Sergio Canavero who is planning to carry out the transplantation of a human head will present to the public the next portion of news this September, his patient Valery Spiridonov, a 31-year-old computer scientist from Vladimir, Russia said Wednesday.

"I continue the dialogue with Canavero, we exchange the information and as far as I know, he is preparing a portion of news this September," Spiridonov said at the press conference at Rossiya Segonya press center.

On Wednesday, Spiridonov who suffers from Werdnig-Hoffman disease — rare muscle-wasting disorder – presented his project of the autopilot wheelchair system called Clever Chair — which will make the life of people with disabilities much easier.

"We will obviously develop his [Canavero’s] project as well, but we do understand that what he offers can work in individual cases, and this will never go to masses. I want to help as many people as I can with the technologies that do not raise doubts and debates. So that I hope we at least complement each other," Spiridonov said.

Canavero is planning to perform the world’s first human head transplant in December 2017, although neither exact date nor place have been chosen yet.