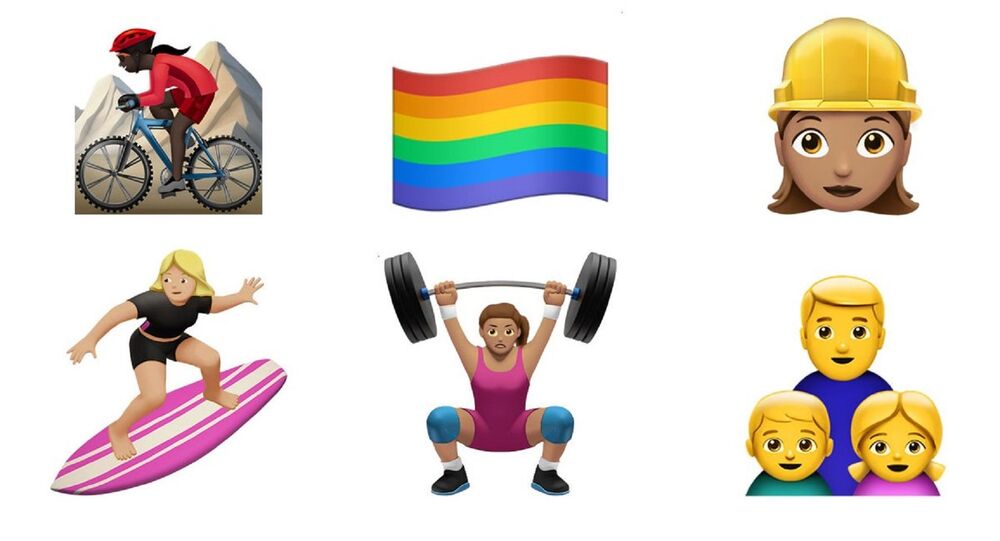 Apple to Launch New Emojis as Part of Diversity Push

In addition to removing the pistol emoji and replacing it with a squirtgun, the new Apple OS update will also feature “more gender options to existing characters, including new female athletes and professionals,” and a rainbow flag.

YouTube/Vodaphone
Social Activist Monica Lewinsky Launches Anti-Bullying Emojis
Apple is adding over 100 new and redesigned characters to their emoji keyboard, including a weightlifter, mountain biker, surfer, construction worker, and private investigator, all of which are depicted as women. Some of the new emojis already existed in Apple’s collection, but only in male form.

There will also be a whole new range of family options, including single parents.

“Apple is working closely with the Unicode Consortium to ensure that popular emoji characters reflect the diversity of people everywhere,” the company said in a press release.

In addition to the new emojis, the company is also changing out how the emoji keyboard functions — it will now suggest emojis based on the word being typed, and will highlight those that can be replaced with the cartoons.

The iOS 10 system is currently only available on the developer version, which the company beta launched on Monday. The new system and all of the new emojis will likely be released in September, coinciding with the release of the new iPhone 7.