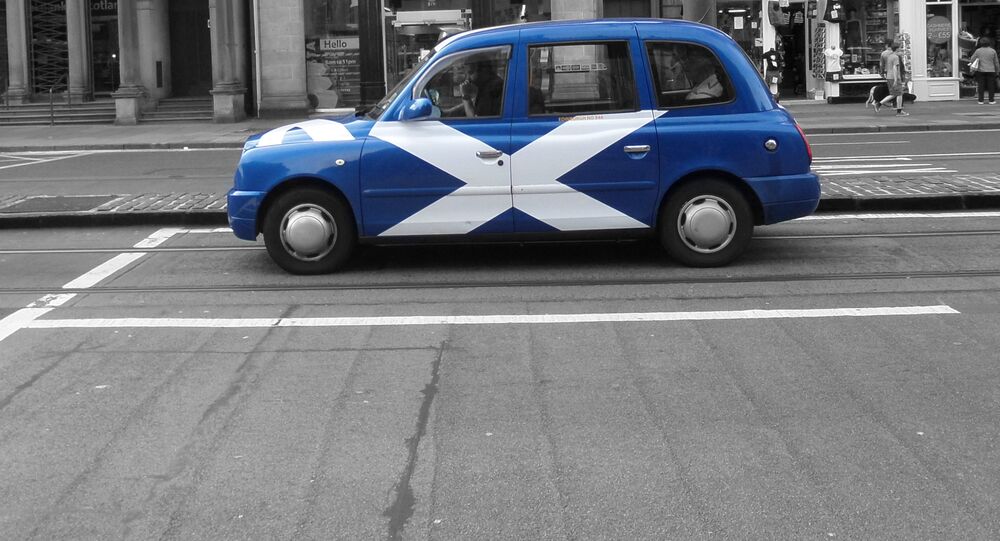 Pokemon Go has caught the attention of tens of millions of mobile gamers. It is likely catching a share of their spending on rivals' games, too, analysts say.

The augmented-reality game has pulled in US$75 million in revenue since its July 6 launch, according to SuperData Research Inc. Even so, the research firm isn't changing its projection for mobile game revenue to reach an astounding US$36.42 billion worldwide this year.

​So it only seems right that Edinburgh's largest taxi company have decided to devise a route for all the Pokemon Go fans out there.

Customers have taken to this, particularly it being summer whilst tourists descend on the city. Edinburgh Central Taxis have picked the right time to jump on a craze that appears to be taking the world by storm.

"It was a young lad in our IT department who came through to the marketing department and said he had this idea to do a Pokemon Go tour. We've all heard of the game, but I didn't know how it worked. But when he described it, it was like a lightbulb went off. It's a great idea!" Edinburgh Central Taxis chairman Tony Kenmuir told Sputnik.

The idea came at the same time as mainstream media being flooded with reports of children playing the game while walking along the street, leaving them at risk of injury or worse still, being kidnapped. To devise a safe route with taxi drivers who had the accreditation to be around children made complete sense for ECT who have 455 taxis and are one of the largest taxi firms in Scotland.

"No doubt the parents will be happy as this will give the children something to do over the summer holidays, also those in their teens and early twenties. It's good for students and we are just coming into tourist season. For example, Pokemon and the items you want are clustered around points of interest… monuments… that might appeal to tourists and it's a nice way to tour around the city center," Tony Kenmuir told Sputnik.

The firm has also thought about costs in order to make sure the project is economical for all involved.

​"We came up with a route you can take, that allows you to collect the maximum number of items in the shortest time for the cheapest price. So we took a driver around the center and mapped out where the 'Pokis' stops are and we thought you could get up to six people in a taxi and they can collect up to 50 'Pokis' in around 20 minutes for a total costs of US$25.00," Mr Kenmuir added.

The response to this new ECT route has been incredible and there has been a lot of social media interest as well. So for all those seeking enjoyment and fun this summer and in the Edinburgh area, this could be your next stop.